Pitso Mosimane, Mamelodi Sundowns coach has revealed that some of his star players might not be available for the Nedbank Cup  final 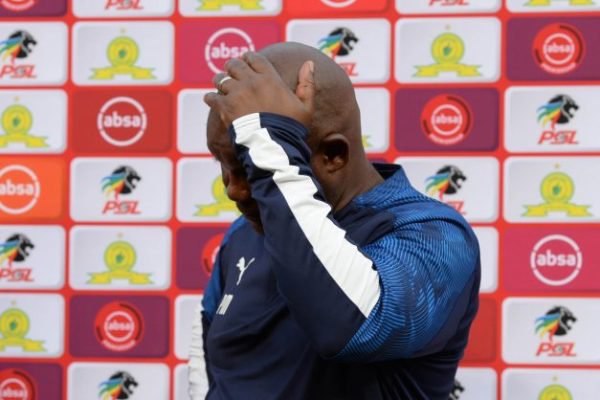 Sundowns will clash with Bloemfontein Celtic for the Nedbank Cup final match on Saturday afternoon.

However, Mosimane is concerned with his squad, as five of his key players are awaiting medical clearance before they would be allowed to play in the match.

Gaston Sirino, Mosa Lebusa, Denis Onyango, Ricardo Nascimento and Andile Jali are likely to miss the final match against Celtic as they struggle with injuries.

“We have a few niggling injures, which is normal. When you come from a battle, you come out with wounded soldiers and deep scars,” Mosimane told the media.

“So we rested a few guys that are not yet back from injury. Sirino has a niggling injury, we don’t know if he’ll make it.”

“Denis is training well, so hopefully he’s okay. Mosa has not started training, probably [soon] you never know. It’s just minor knocks when you come from a game, but nothing big.”

“Ricardo has a wrist that’s also giving him problems, that’s why he’s been playing with a wrist band. But I don’t know, we should be okay by Saturday.”

The post Injuries woes for Sundowns as they prepare for Nedbank Cup bid appeared first on illuminaija.