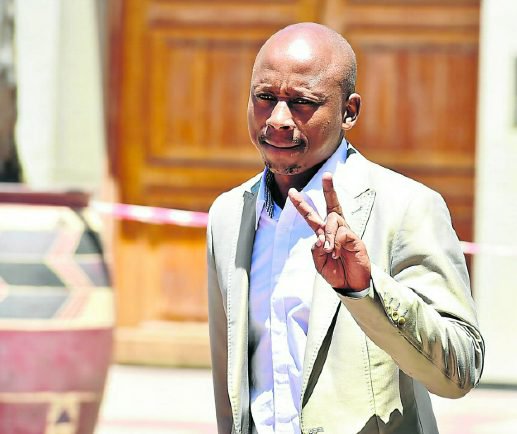 Andile Lungisa’s bail application is expected to be heard in the Constitutional Court on Monday.

Lungisa was sentenced to two years in prison after he assaulted a DA councillor, Rano Kayser, by smashing a glass jar over his head during a heated argument at a council meeting.

Last week, Andile Lungisa surrendered himself to the authorities to begin his sentence.

Lungisa however filed an application to the Constitutional Court in a bid to avoid his jail terms.

YOU MAY ALSO LIKE  Read Now: NCC’s official statement confirming the suspension of data hike

He wants to be freed pending the outcome of the application.

The National Prosecuting Authority (NPA) disclosed that it would oppose bail.

The Supreme Court of Appeal (SCA) earlier dismissed his appeal saying his offence was life-threatening and he had to take responsibility of his actions.

The SCA stated that it had no right to interfere with the sentence imposed by the trial court as it found Lungisa’s crime serious and had devastating consequences.

Lungisa has also been suspended from the ANC in light of his conviction.

However, the Tshwane RET coordinator Ray Hennings said a protest would be staged outside the Palace of Justice in Pretoria in support Lungisa.

YOU MAY ALSO LIKE  Nigeria – Tunisia Head To Head Record

“We will embark on a protest in the form of a picket at the Palace of Justice, just demonstrating with our posters and placards.”