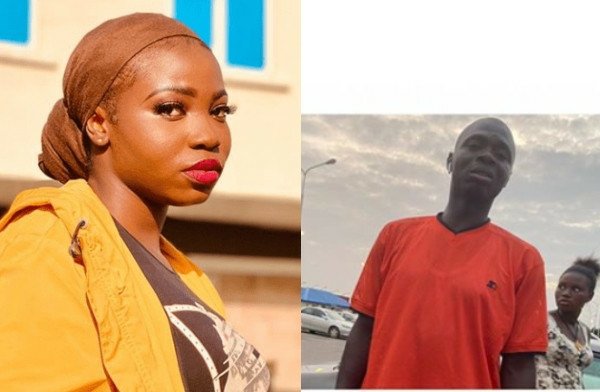 Instagram comedienne, Taaoma has alleged that she was assaulted after she booked a Bolt ride earlier today.

Taaoma who disclosed that two men were on the ride, claimed she was assaulted at an airport car park after she tried recording the men following a heated argument that ensued after they insisted on an offline trip even though she booked online.

YOU MAY ALSO LIKE  SO LOVELY!!! Checkout The Moment Comedian Josh2Funny Proposed To His Girlfriend (Video) 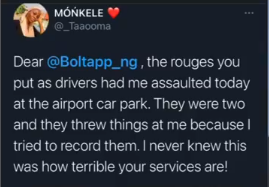 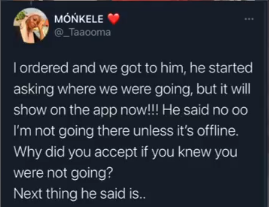 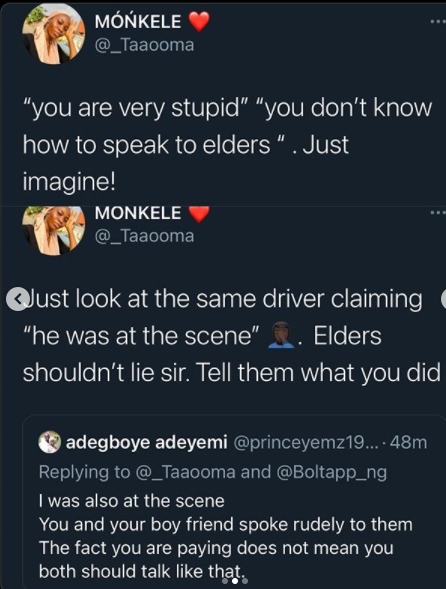 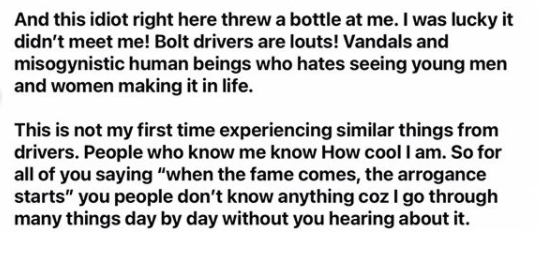 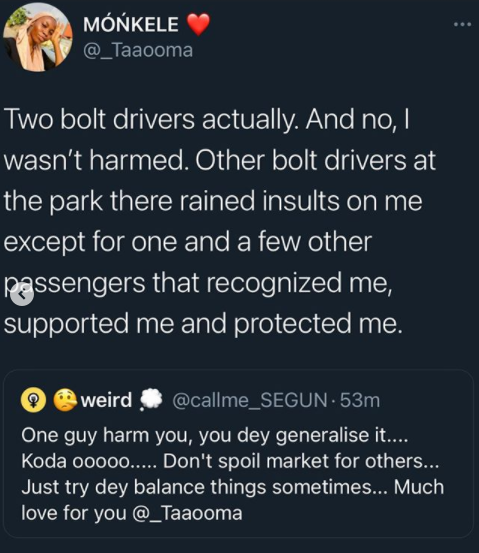 The post Instagram comedienne, Taaoma narrates how she was allegedly assaulted by a Bolt driver appeared first on .