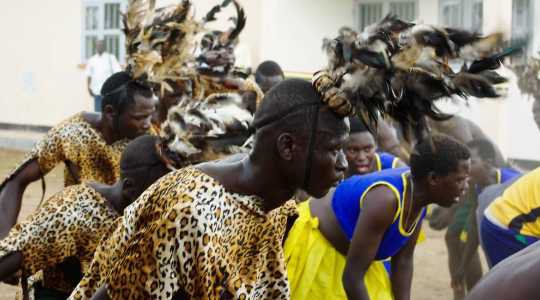 The Bwola dance of the Acholi people of Uganda is said to be a royal dance. It is originally performed when a new chief is installed or at royal functions.

They also reserve Bwola for other dignitaries like political leaders, elders, religious leaders to honor and welcome them at functions. Unlike many tribes in Uganda, kings ruled that and still maintain their kingdoms, chiefs governed or ruled the Acholi people in chiefdoms. Every chief among the Acholi represents a clan. 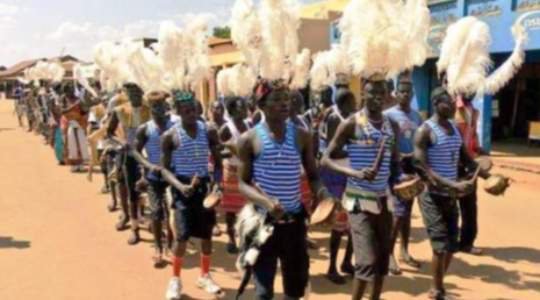 Just like all tribes and people in Uganda, the Acholi people have a very rich culture which they have preserved to date. Among the preserved cultures are the dances of which the bwola dance, which is a royal dance, is one. They preserved this dance for the entertaining of traditional chiefs during their installations and other functions among the Acholi people at the palace.

The dancers wear traditional warrior costumes while performing the dance; they wear them to depict the strength of their culture. The bwola dance was originally a dance performed for the royals; today they perform the dance for other dignitaries like political leaders, religious leaders, and elders as a sign of respect, honor, and welcome at various functions.

YOU MAY ALSO LIKE  Check Funeral poster of Ghana Gospel musician, Seth Frimpong 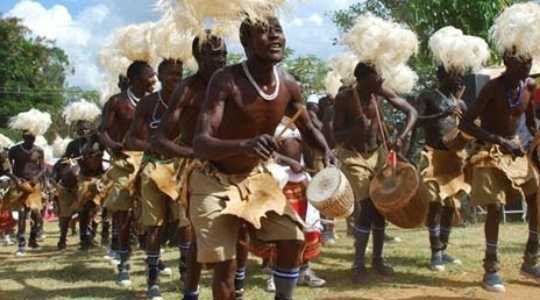 They also use this dance at functions such as wedding parties, funerals of the royals, and other respected persons like politicians, clan elders, at coronations, and other important functions. They perform it to honor the function itself and its important participants. At funerals before burying the deceased who may be a chief, king, or others they consider to be important persons, the dance is also performed.

The dancers will dance gracefully before the distinguished guest and usher them to their seats while performing. Even when seated the dance goes on for a while to entertain the royal guests. At weddings, this unique dance is “always performed by a bunch of traditional dancers who entertain guests leaping, wiggling, and pulling moves no ‘new skool’ dancers will easily match.”

Africans are brave people and mostly ready to attack and face their enemy regardless of how the opposition looks. Bwola is a celebration of all that and more. In short, Bwola shows how “people confronted their enemies with unbridled brevity.” Both men and women perform Bwola.

“During the Bwola dance, a big drum literally known as min bul is beaten to produce an exquisite sound while a medium-size drum is also used to produce its own sound along  with the tiny drums that the men hold in their left hand to make the dance more colorful.”

The post INTERESTING!! Did You Know There Is A Tribe In Uganda Where People Dance With All Their Strength When An Elder Dies At Home! appeared first on illuminaija.