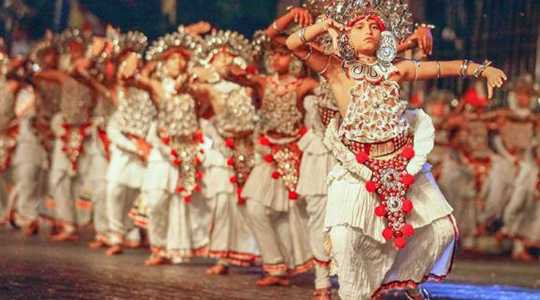 As a way to pay homage to the Sacred Tooth Relic of Buddha, the people of Kandy host a festival called Esala Perahera. There is a procession that features cultural dances and people and elephants adorned in lavish costumes.

The Esala is believed to be a fusion of two separate but interconnected “Peraheras” (Processions) The Esala and Dalada. The Esala Perahera, which is thought to date back to the 3rd century BC, was a ritual enacted to request the gods for rainfall.

The Dalada Perahera is believed to have begun when the Sacred Tooth Relic of the Buddha was brought to Sri Lanka from India during the 4th century CE, eight hundred years 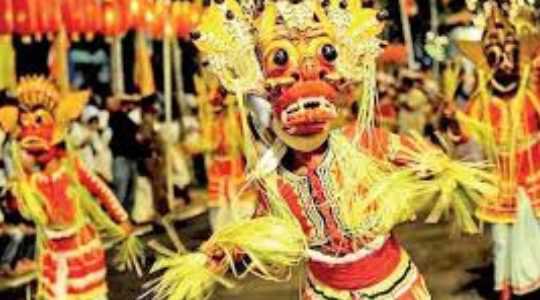 after the passing away of Lord Buddha.

According to tradition, the Tooth Relic was taken in procession to Sri Lanka by Princess Hemamala & Prince Dantha. It was also through the efforts of Upali Thera that the Kandy Esala Perahera came into being.

This procession was originally focused on honor to Hindu deities, particularly those incorporated into Sri Lankan Buddhism. Upali Thera believed this to be inappropr 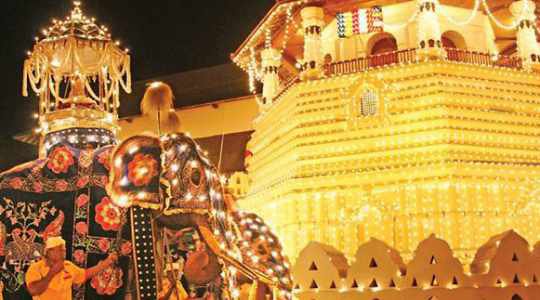 iate in a Buddhist nation, and his influence led to the king declaring that “Henceforth Gods and men are to follow the Buddha”.

YOU MAY ALSO LIKE  FOR FUN!!! Look At This Picture And Tell Me Which Artiste You Can See In It?

After the Kandyan Kingdom fell to the British in 1815, the custody of the Relic was handed over to the Maha Sanga (the Buddhist Clergy). In the absence of the king, a chief lay custodian called the “Diyawadana Nilame” was appointed to handle routine administrative matters concerning the relic and its care.

After the Kandyan Kingdom fell to the British in 1815, the custody of the Tooth Relic was handed over to the Buddhist Clergy. In the absence of the King, a lay custodian called the Diyawadana Nilame was appointed to handle routine administrative matter

This ritual is performed by carrying the sacred tooth relic of the Buddha through the streets of the Kandy city, which are done with except 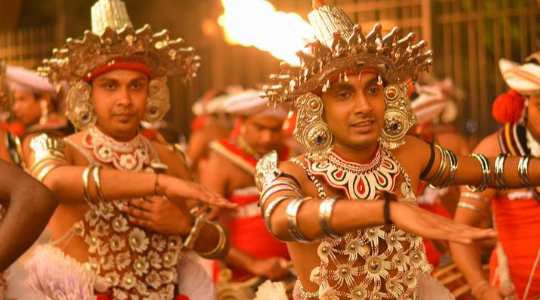 ional panache. This is considered as one of the most beautiful pageants in Asia.

YOU MAY ALSO LIKE  Hear an intimate, acoustic version of Tame Impala’s “On Track” 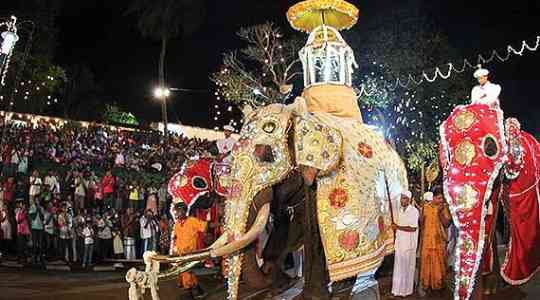 e held to commence the rituals that start off Perahera. The ritual is performed according to an auspicious time decided by astrologers.

The Jackfruit tree is sprinkled with sandalwood scented water and offerings are is made of nine kinds of flowers and an oil lamp with nine wicks. The priest of the Maha Vishnu Devale (Vishnu Temple) recites his prayers to all the gods.

The post INTERESTING!! There Is A Place In Sri Lanka Where People Pay Homage To A Tooth, They Do It For Good Luck and Blessings From Their Gods appeared first on illuminaija.