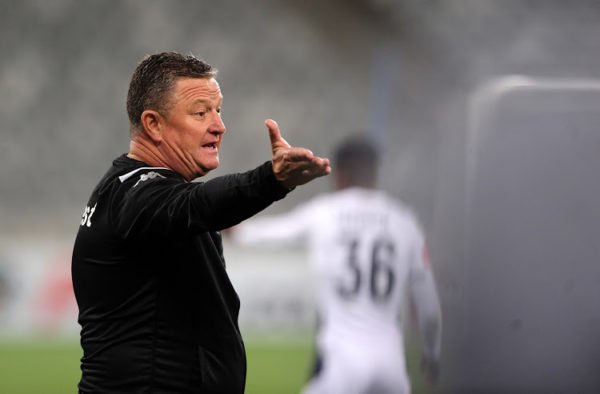 Mamelodi Sundowns are looking to replace sacked coach – Ernst Middendorp with Gavin Hunt, who is the former Bidvest Wits coach.

According to reports from Sunday Times, Hunt will be accompanied with football greats – Kwanele Kopo and Doctor Khumalo (who will be his assistant).

Middendorp failed to clinch the league title last week after leading the table since 2019/20 Absa Premiership started. Amakhosi had a 1-1 draw with Baroka FC while their rivals won their match against Black Leopards with a stunning 3-0 scoreline.

However, when Hunt was asked to confirm his new appointment, he denied being in talks with Kaizer Motaung.

“Is it? Geez, you’ve got very good sources. Whaaaaat? Geez, your sources are unbelievable. I’m in Cape Town right now and I haven’t spoken to anybody, so I don’t know where you’re getting your stories,” he said.

Hunt trended on Twitter during the weekend when Amakhosi fans went about wanting Hunt to be the man for the job, because they believe he is the coach that can help revive the club to winning ways.

The post Is Gavin Hunt the man for the job? appeared first on illuminaija.