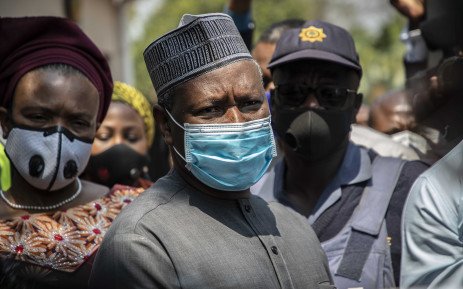 Groups of protesters under the banner of #PutSouthAfricansFirst  marched to  the Nigerian and Zimbabwe embassy seeking  more stringent immigration laws.

They claimed that the government had failed them by not putting South Africans in the fore-front of opportunities.

They called for the mass deportation of illegal immigrants as well as revoking of grants and other state benefits.

The demonstrators gave the Nigerian embassy a memorandum of demands.

“We demand an end to human trafficking in Pretoria and, broadly, South Africa; the deportation of all illegal immigrants; the exposure of corruption in flawed Home Affairs processes that grant citizenship to undeserving foreign nationals.”

YOU MAY ALSO LIKE  Emmanuel Amuneke: My Worst Moment In Football Was With The Flying Eagles

However, some organisations in the same protest had other opposing views regarding their West African counterpart.

“You must send out a message to the Nigerian Union to stop what they are doing. We will allow them to stay here, but…[interrupted be booing from crowd].

However, the High Commissioner Kabiru Bala swhile accepting the memorandum said, it was unfair that only Nigerians were blamed for South Africa’s social and economic ills.

The group vowed to return to the streets if their demands were not met.

The post It is not fair to blame Nigerians for social vices in SA- High appeared first on illuminaija.