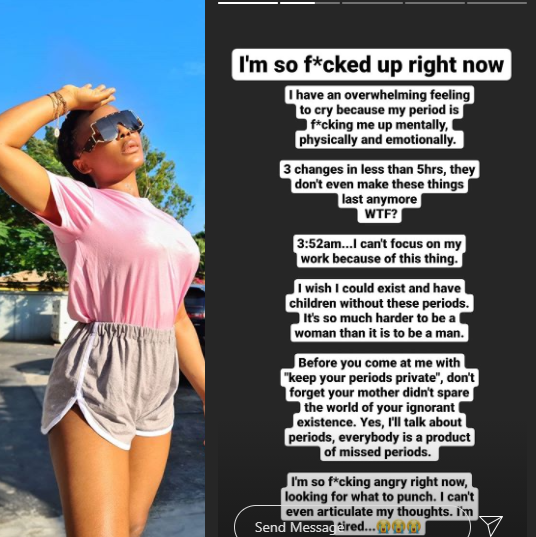 Ifu Ennada took to Instagram to complain about her periods and how it’s affecting her life.

The former reality star said her period is “f*cking” her up “mentally, physically and emotionally”.

She also complained of a heavy flow and said it’s making her unable to concentrate on her work.

She added: “It’s so much harder to be a woman than it is to be a man”.

For those who may think to call her out for revealing too much, she warned them ahead, adding that we are all products of missed periods.

See what she wrote below. 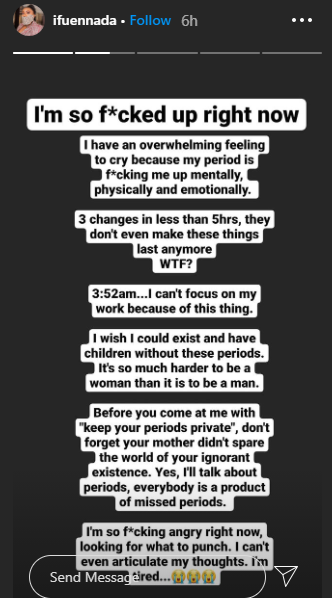 The post “It’s so much harder to be a woman than it is to be a man” Ifu Ennada complains about her period on Instagram then blasts those who may think to criticize her for it appeared first on illuminaija.