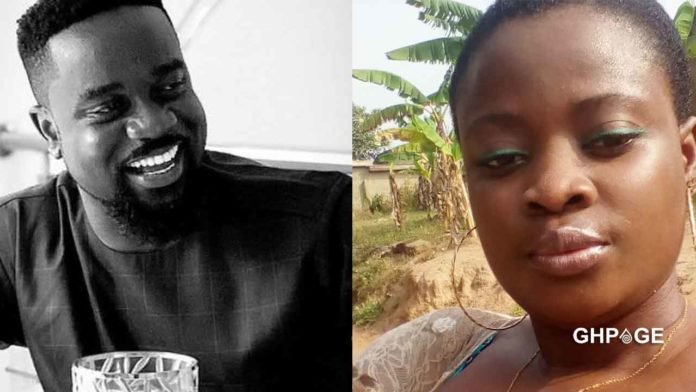 A radio and Television Presenter, MP Nie claims she has all the qualities of a woman that she can use to lure rapper Sarkodie to bed. To her, is that simple.

The presenter, hosting a show on Kingdom TV an Accra-based television noted that she admires the Ghanaian rap King-Sarkodie and therefore can use the ‘woman charm’ to have him on her bed, in other words, to snatch him from Tracey Sarkcess.

MP Nie who also prides herself as an Independent God-fearing woman on the show established that she won’t use any special powers but he can easily divert the attention of the rapper from his wife to herself.

WATCH THE VIDEO BELOW;

where can she use to lure Sark.. Ah well. We move

”I say if I want to get Sarkodie, I won’t use a medicine, I have what it takes to snatch him. So far as men are men, it’s very simple if I put my mind to it” she said.

The post It’s very simple, I have what it takes to get Sarkodie in bed – Presenter appeared first on illuminaija.

AY Comedian declares support for Ozo, says the BBN housemate will be a good son-in-law