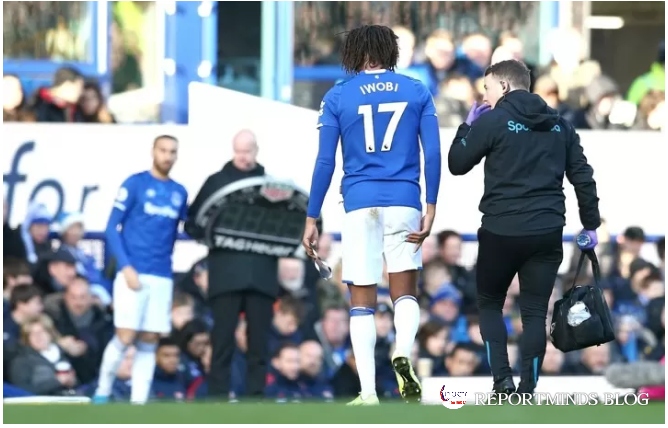 Alex Iwobi’s first appearance against Arsenal since leaving the club lasted only 10 minutes before he had to be taken off due to an apparent hamstring injury.

Recall that the Super Eagles star joined Everton under Marco Silva this campaign for a club record fee.

After ten minutes into the game against his former club, Iwobi was pictured holding his hamstring and was later forced off.

He was replaced by Tosun, who goes up front alongside Calvert-Lewin, meaning Richarlison goes out wide.

YOU MAY ALSO LIKE  Seyi Shay – “Season Greetings” (Prod. by Lussh)

But later in the game, Iwobi’s early replacement Cenk Tosun was substituted by Ferguson for Moise Kean, who suffered the same fate last weekend when he was hauled off at Old Trafford after playing just 19 minutes.

The game ended in a goalless draw in the early kick off.