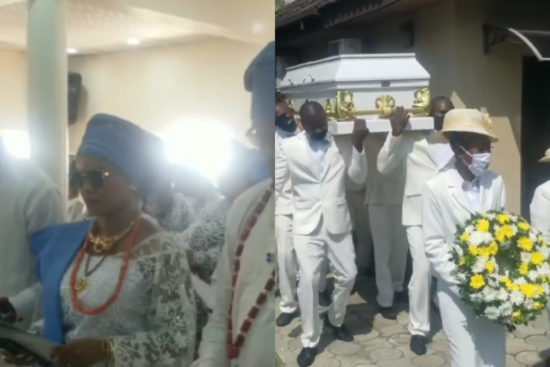 The funeral service was held today and this comes a few days after her death which occurred on November 21.

She was buried at Ebony Vault Cemetary, Ikoyi, Lagos State and it was attended by some her colleagues in the entertainment industry.

YOU MAY ALSO LIKE  Does being a club legend make you a good manager?

See the photos and video below;