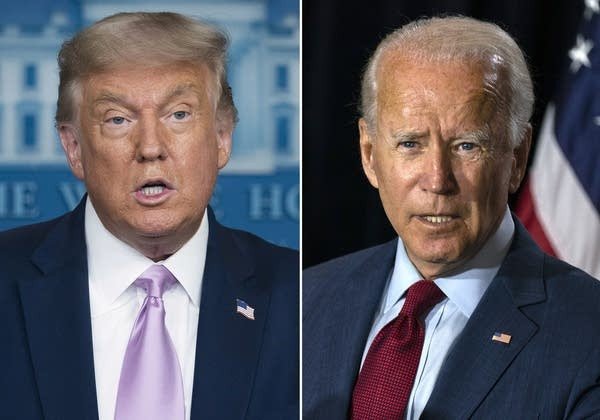 US presidential candidate, Joe Biden has laughed off Donald Trump’s demand that he take a drug test before the first presidential debate in Ohio on Tuesday September 29.

Trump suggested during the weekend that Biden should engage in a drug test beause he feels Biden will need drugs to perform well during the debate, but Biden laughed off Trump’s suggestions.

When asked at a news conference on Sunday, Biden said: “He’s almost – no. I have no comment.”

But the Biden campaign on Monday blasted Trump, saying the president apparently believed the best case for his re-election could be “made in urine”.

“Vice-President Biden intends to deliver his debate answers in words,” a Biden spokesperson told Politico. “If the president thinks his best case is made in urine he can have at it.”

“We’d expect nothing less from Donald Trump, who pissed away the chance to protect the lives of 200,000 Americans when he didn’t make a plan to stop Covid-19.”

Trump has now responded to Biden’s refusal to do drug test before the debate.

Taking to Twitter on Monday evening, September 28, Trump wrote;
‘Joe Biden just announced that he will not agree to a Drug Test. Gee, I wonder why?’

The post Joe Biden says he will not do a drug test before presidential debate against Trump; Trump responds appeared first on illuminaija.