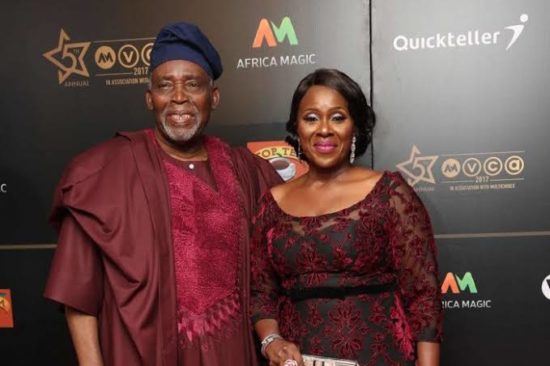 Veteran actress, Joke Silva was on a recent TV interview and she talked about her s*x life which pulled negative reactions from some Nigerians.

She was asked on the show about her s*x life with her husband and she responded saying;

“We ‘do the do’ in a way that is appropriate for our age.”

Some Nigerians seemed not pleased about how she opened up and have jabbed the veteran actress.

Some of the comments read;

‘Joke u dey shame,see how u casting ur sex life with ur respected husband Jacob,must u say anything about sex public? Don’t u think u giving out too much information and u way bigger than This’

‘Women with their running mouth. Your mouth should be controlled according to your age’

The post Joke Silva Speaks On Her Intimacy Life With Hubby, Olu Jacobs appeared first on .