Italian Champions, Juventus, have agreed on a deal with Konami, makers of Pro Evolution Soccer (PES), giving them the full rights of license to the club ahead of the forthcoming release of PES 2020.

MySportDab reports this deal sees the end of exclusive rights previously awarded to FIFA and therefore PES will be the only football game which have access to fully licensed Juventus team.

This might come as a sad news to gamers who prefer playing FIFA, as they would notice change in things like Club name, badge, football jersey but hopefully player names and physical likeness would not be changed. 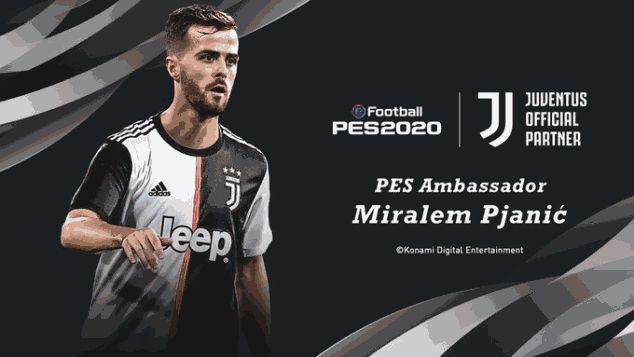 PES fans will be excited about this and will have lots of new features added in PES 20 thanks to this deal.

YOU MAY ALSO LIKE  Former Juventus Star, Oliseh: How I Became The First Nigerian To Play In The Serie A

Announcing this one their official twitter page, Konami were quoted saying:

“We are incredibly honored and excited to announce our EXCLUSIVE partnership with the most successful club in Italy; Juventus.

Telling fans about this new development, EA Sports announced this one their page, clarifying the impact the deal will have on the next release of FIFA.

“Piemonte Calcio will be a new playable team in FIFA 20 with a custom badge and kit throughout Kick-off, Career Mode and EA SPORTS VOLTA Football.

YOU MAY ALSO LIKE  FOOTBALL FANS!! Should Rohr Star This Super Eagles Player Against Algeria?

“For players of FIFA Ultimate Team (FUT), assurance has been made by EA Sports about Piemonte Calcio players like Cristiano Ronaldo, Buffon, and Dyabala being added in the FUT platform.” 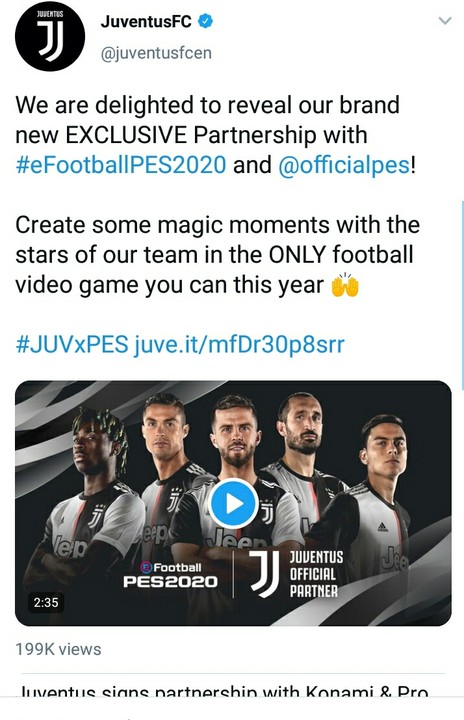 Shanghai or Manchester: Ighalo’s Contract Situation Set To Have A Solution