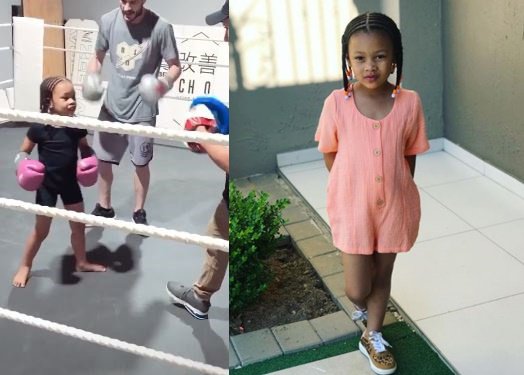 In a video shared on the young girl’s Instagram story, she’s seen learning and practicing how to box for the purpose of self defense.

Remember that her father, AKA loves to box and he’s got a boxing match against Cassper Nyovest.

The match is one of the most anticipated event in the history of hip hop culture.

It is believed that the two rappers will end their beef in the ring.

YOU MAY ALSO LIKE  35-year-old South African man gets three life terms for rape, murder of two children aged 3 and 6

However, Supa Mega recently said that whoever loses at the match should shut the fvck up for life. He also added that he is confident to win the match.

Cassper is also interested in hurting him and has also learnt strategy to beat up his opponent in the forthcoming boxing match, scheduled to hold in May, 2021.