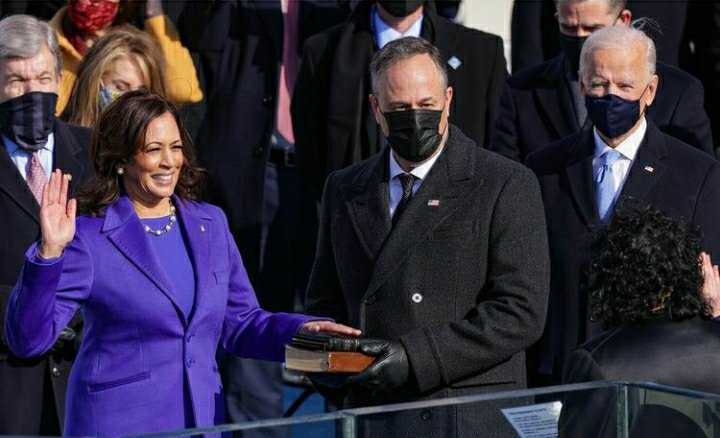 Douglas Emhoff, an American lawyer who has always been supportive of his wife Kamala Harris’ career, has become the first ever Second Gentleman of the United States of America and he’s wearing his new role well.

He’s been praised as a man who is breaking gender stereotypes. 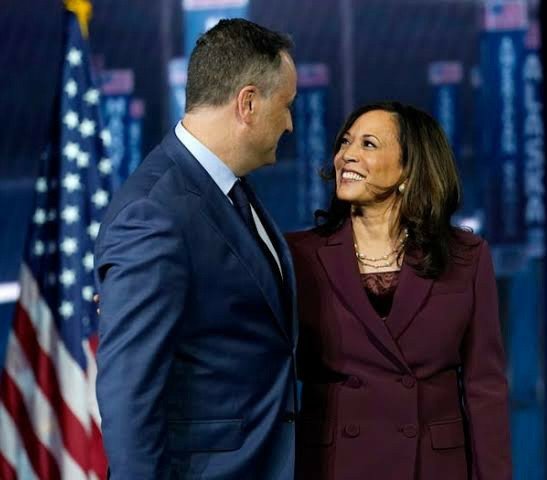 A day before inauguration day, Emhoff took to Twitter to write: “As tomorrow approaches and I prepare to take on the role of @SecondGentleman, I have a growing sense of responsibility. But I know we wouldn’t be here without the support of so many—family, friends, and beyond.

YOU MAY ALSO LIKE  247E!News: Music Legend - Leon Russell dies at the age of 74 | Read details

“Thank you for being in our corner as we take on this next chapter.”

He also said in an interview with GQ: “I might be the first Second Gentleman, but I don’t want to be the last.” 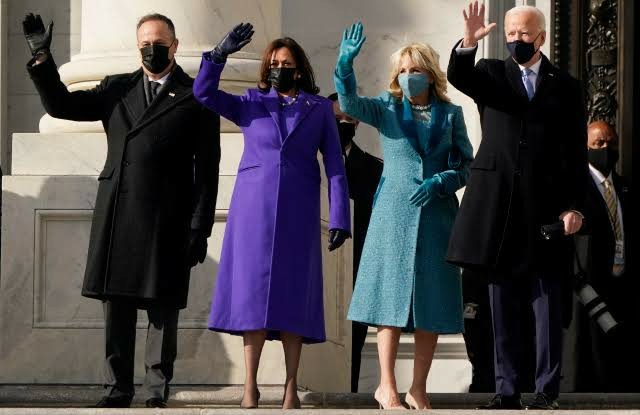 Though he has his own personal Twitter account with a bio that reads, “Devoted dad. Proud husband to @KamalaHarris. Advocate for justice and equality,” he has also created a new bio for his new role.

The new account has the Twitter handle @SecondGentleman and the bio has just been changed to read: “Second Gentleman of the United States. Devoted dad. Proud husband to @VP Kamala Harris.” 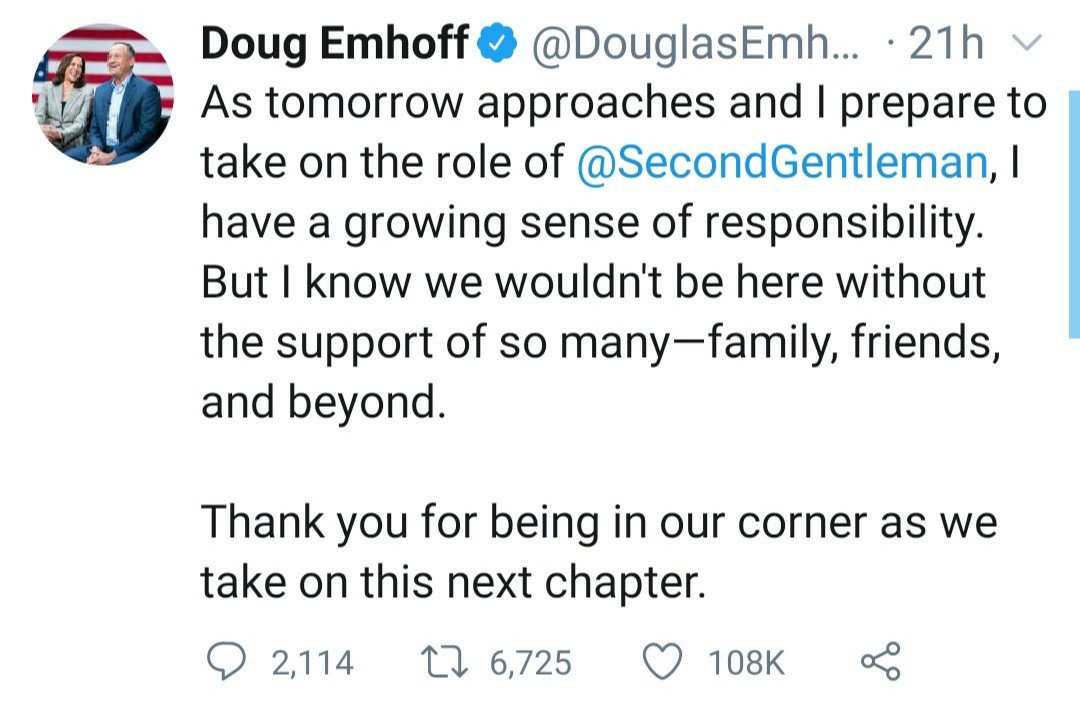 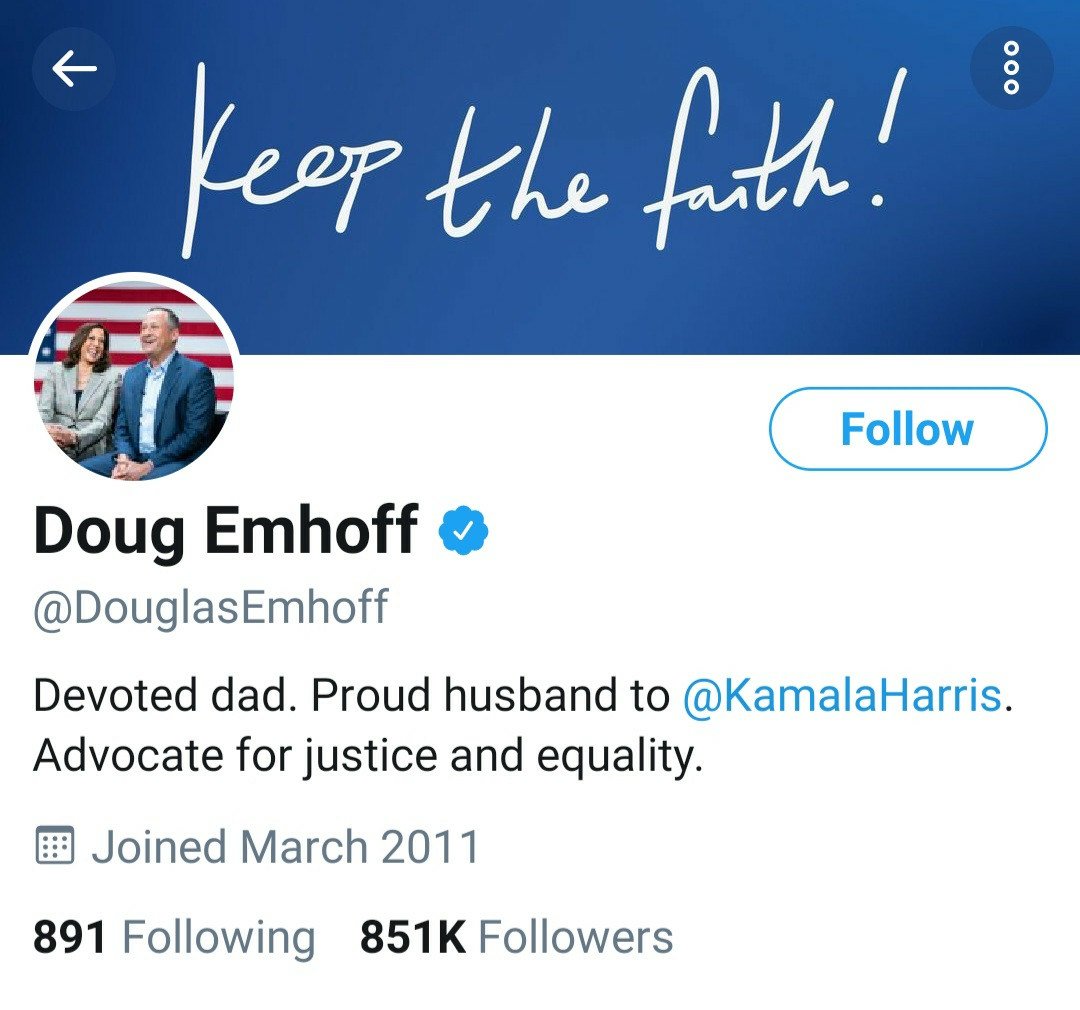 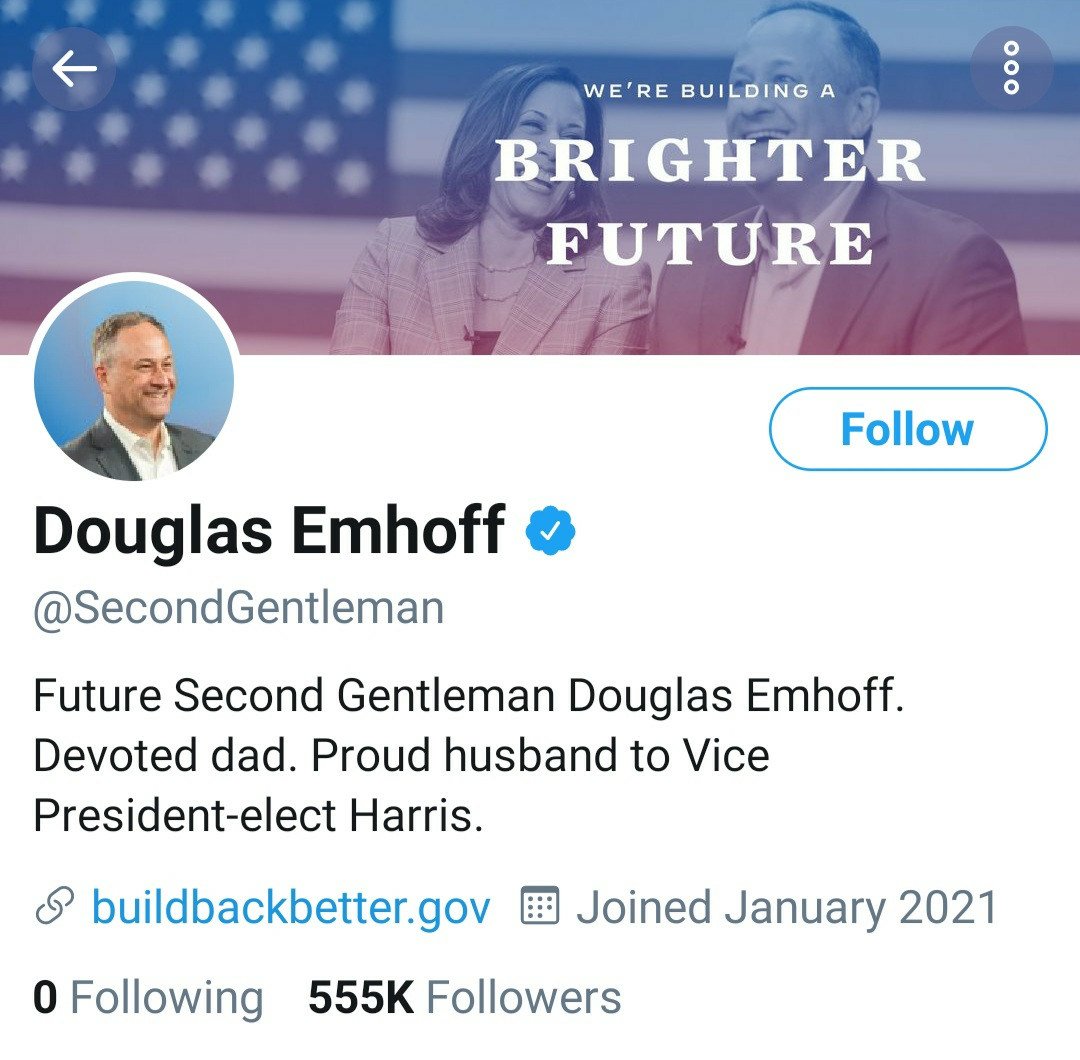 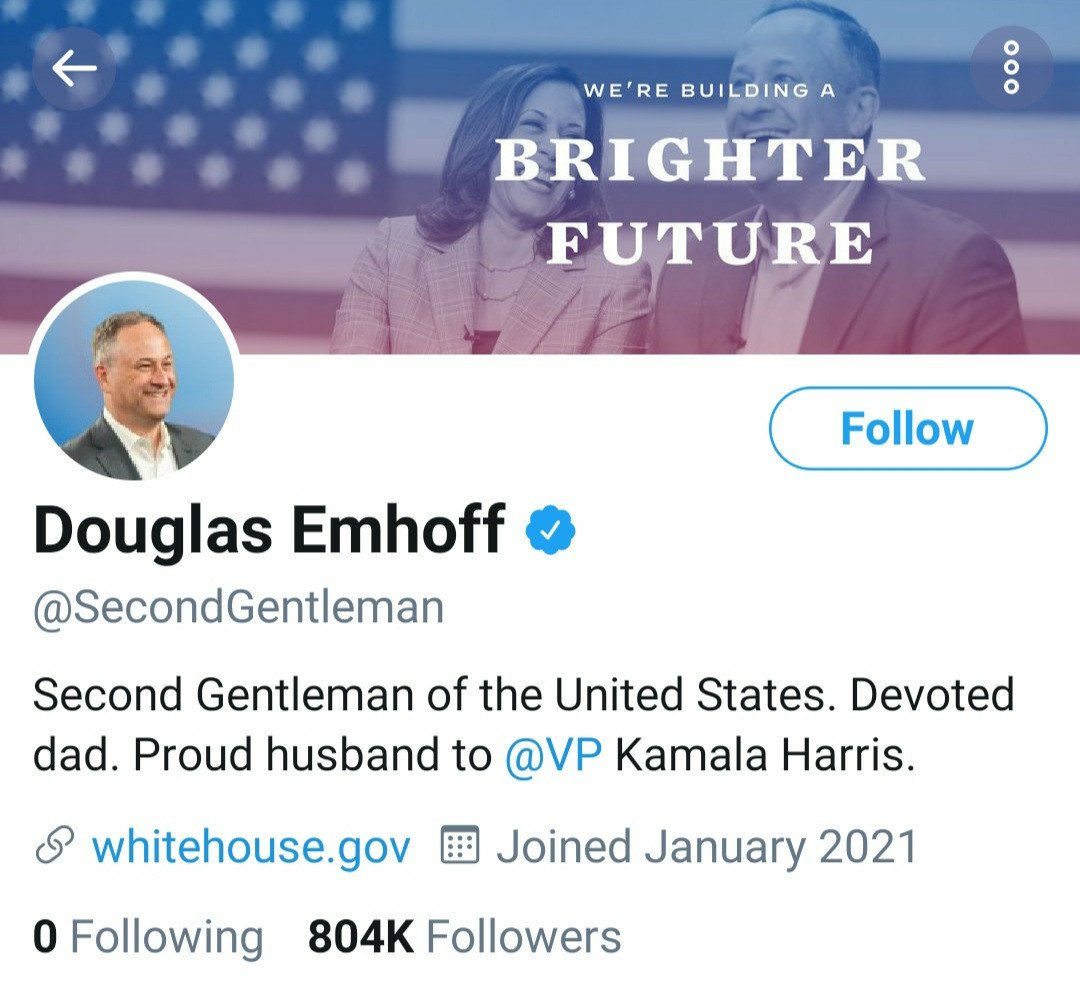 The United States has always had a First Lady and a Second First Lady. This is the first ever Second Gentleman.

The post Kamala Harris’ husband becomes the first ever “Second Gentleman” of the US ||Check Out his new Twitter Handle and Bio appeared first on .