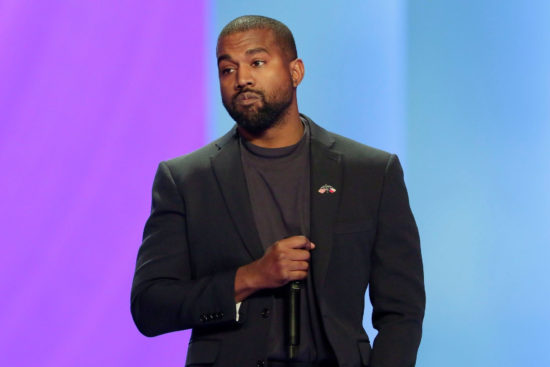 The rapper, 43, took to Twitter on Thursday October 8, to celebrate his finances after Ok! Magazine published an article that claimed his net worth is $5 billion.

Reacting on Twitter, he wrote: “From $53 million in debt to a net worth of $5 billion in 4 years,” he tweeted.

YOU MAY ALSO LIKE  Chinko Ekun – Doings ft. Zlatan

“Thank you, Jesus. I know I fall short, but I repent. I am fully in service to our Lord and Savior Jesus Christ.

“We are building schools of the future. Thank God for providing the increase.” 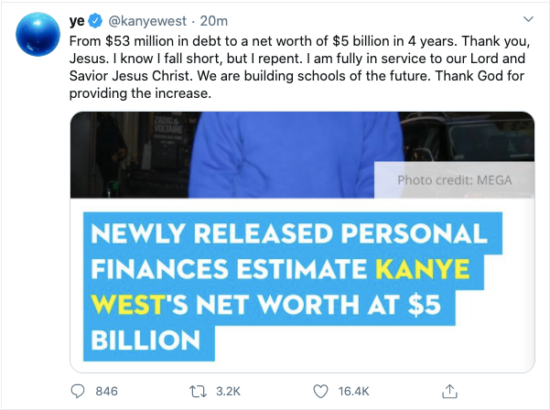 The post Kanye West cclaims he now has a net worth of $5billion appeared first on .