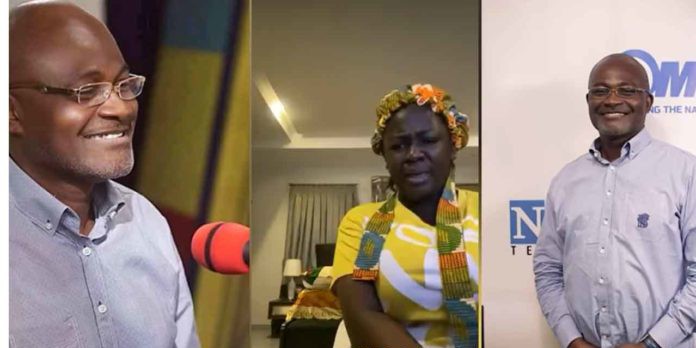 Actress and producer Tracey Boakye has accused Hon. Kennedy Ohene Agyapong of awarding government contract to his girlfriend, who is a popular actress.

In a Facebook live session, Tracey explained that Kennedy Agyapong  is only enriching himself and his family with government money.

According to Tracey, the parliament member for Assin Central gave a huge contract to a popular actress who resides at East Legon.

The actress explained that Kennedy Agyapong has a sexual relationship with the said actress and spends government money on her.

Tracey Boakye also revealed that she has evidence to support her allegations and will expose him at the right time.

YOU MAY ALSO LIKE  Coronavirus: Nigeria records 16 new cases of COVID-19

She further described the politician as a liar who is not as rich as he makes it appear to the public.

This beef between Kennedy Agyapong and Tracey Boakye started after the former claimed the actress received a $450,000 house from John Dramani Mahama and called her a cheap girl.

The actress debunked this allegation and threatened to curse the outspoken politician for always peddling lies against her.

The post Ken Agyapong gives government contract to an actress he is having an affair with -Tracey Boakye appeared first on illuminaija.