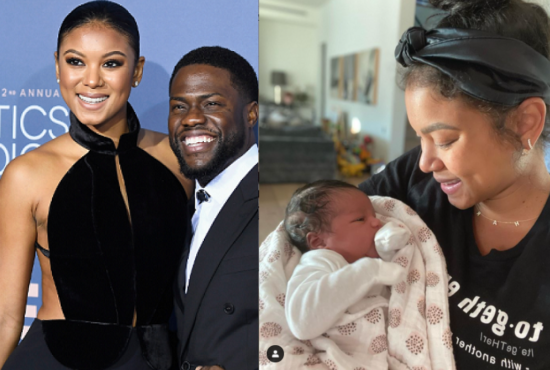 Proud mother, Eniko took to Instagram on Monday to share an adorable photo of herself holding her newborn baby and then wrote in her caption: “When your heart literally lives outside of your body all over again. Ori my girl you are everything I could’ve ever imagined plus more.

In another image she posted, all Kevin’s kids were seen posing together at home with Hendrix holding his little sister in his arms.

YOU MAY ALSO LIKE  HARD JOB!! Gary Neville Says Liverpool May Not Win The Premier League (See Why) 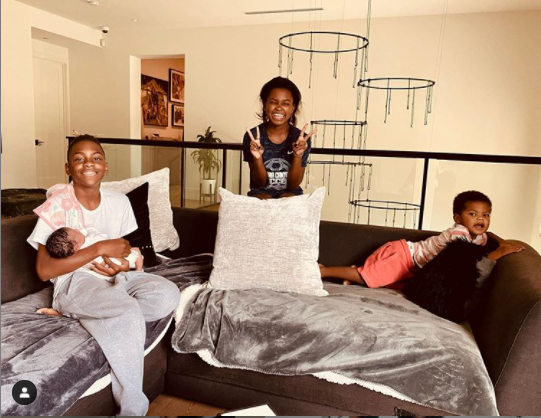 Kevin and Eniko Hart welcomed their daughter on Tuesday, September 29, 2020.

The new addition is Kevin’s fourth child as he already has a 2-year-old son with Eniko and shares daughter Heaven, 15, and son Hendrix, 12, with his ex-wife, Torrei Hart.