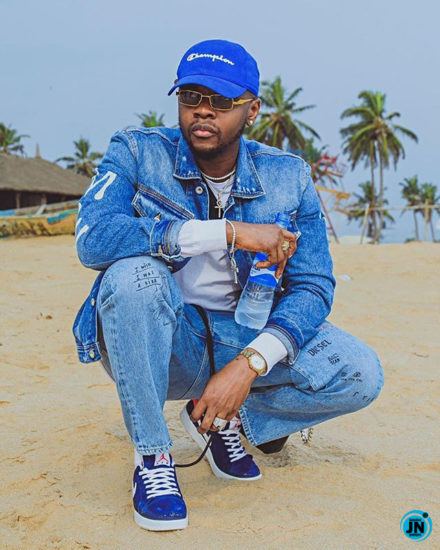 Kizz Daniel who has revealed the CGPA he graduated with from his tertiary institution in Ogun state.

The Flyboi singer who is an alumnus of Federal University of Agriculture, Abeokuta, shared that he graduated with a CGPA of 4.37.

Kizz Daniel said this while putting right the misconception about his first degree in Water Resources Management and Agrometeorology (Water Engineering).

The Nigerian singer who made a clarification after a Twitter user tweeted about him graduating with a First Class Degree in Engineering, said he graduated with a 4.37 CGPA. Kizz Daniel added that it was quite close.

See the exchange below; 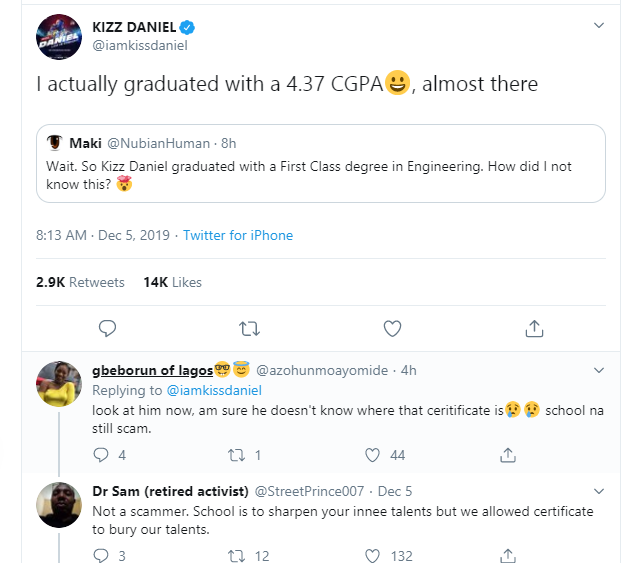 The post Kizz Daniel says he graduated with a CGPA of 4.37 from FUTA appeared first on .