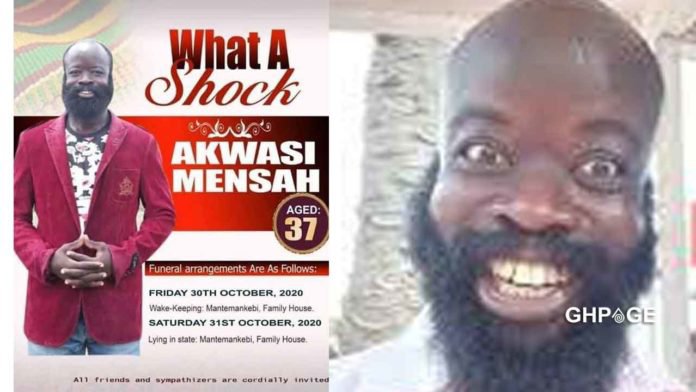 It has been reported that one of Kumawood’s favourite actors known for his exceptional delivery when cast to play a role as a fetish priest, Sekyere Amankwah is dead.

The news got to us this morning and we are shocked. The entire social media space are filled with his poster. It’s indeed shocking. On the poster, the actor died at the age of 37. 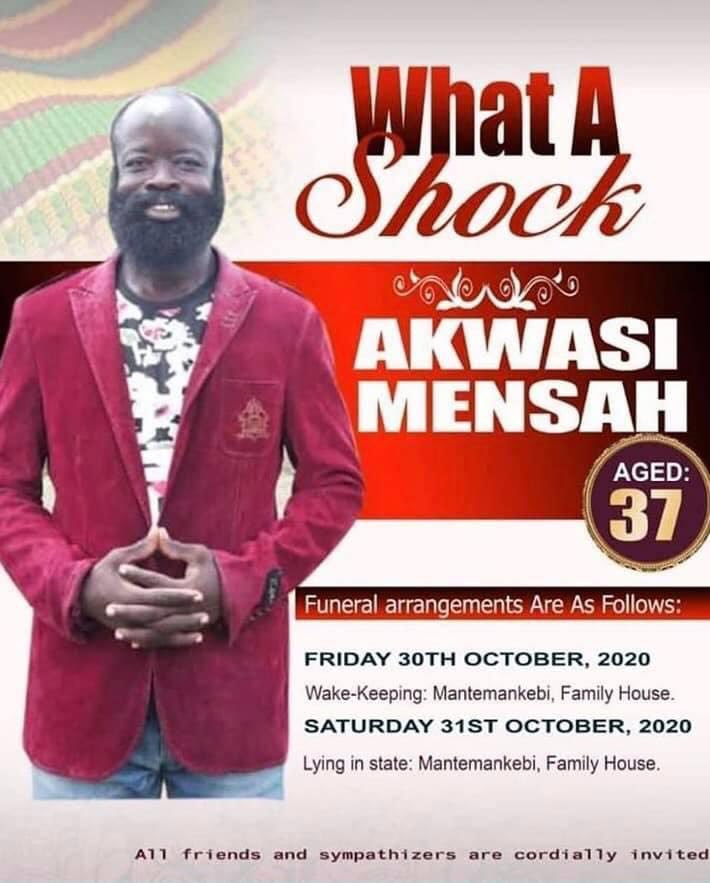 The popular actor mostly played role of as fetish priest in several hit movies. He has also had features alongside other big names in the industry like Clara Benson, Kwadwo Nkansah Lilwin, Akyere Bruwaa, Christiana Awuni, Apostle John Prah, Emelia Brobbey and many others.

His real name Sekyere Amankwah is not the same as one written on the poster flying across social media, it has been changed to Akwesi Mensah.

This has sparked another hubbub online as some netizens think it’s false, the actor is not dead.

Others who are still in the state of shock have already bid him farewell to the ‘late’ actor and given their condolences to the family.

YOU MAY ALSO LIKE  Grimes explains “GLOBAL WARMING IS GOOD” billboards