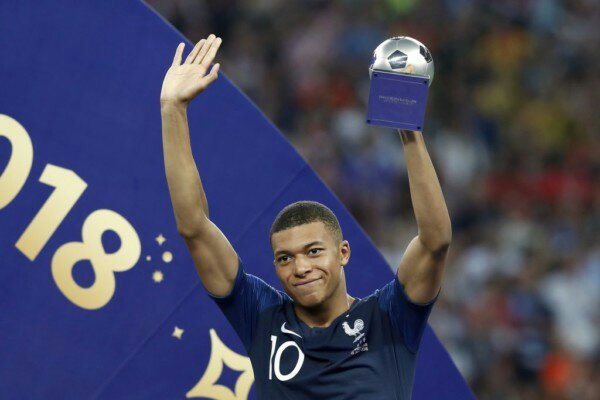 Mbappe took a test on Monday morning that returned positive, the FFF said, and was then isolated from the French national team. France is scheduled to play at home in Paris on Tuesday against Croatia in a UEFA Nations League match.

The 21-year-old is the seventh Paris Saint-Germain player to have tested positive for coronavirus in recent weeks. Neymar was reportedly among six others to test positive last week.

Mbappe played for France against Sweden on Saturday, scoring the only goal in a 1-0 win.

PSG are set to begin their domestic season on Thursday, but the availability of several of their players is in question following the spate of positive tests.

Neither the Paris Saint-Germain team nor Mbappe’s representatives have responded to CNN’s requests for comment about his test.

The forward played an instrumental role in helping France win the 2018 FIFA World Cup, and he was named “Best Young Player” of the tournament.

He led the club in scoring in the 2019-20 Ligue 1 season and helped them reach the UEFA Champions League final in Portugal last month, where PSG lost to Bayern Munich 1-0.

YOU MAY ALSO LIKE  WHAT? ‘Don’t Have Dinner With Cristiano Ronaldo’ – Patrice Evra Warns Messi (Read Why) 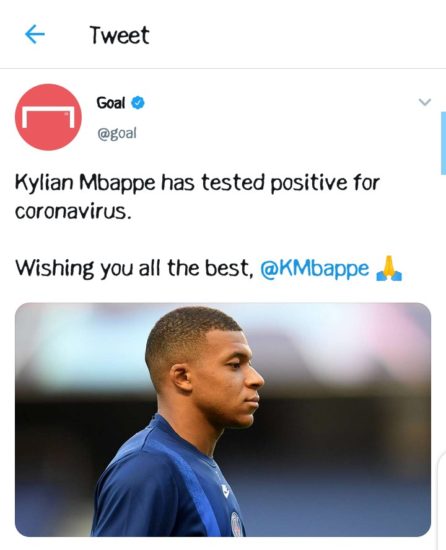