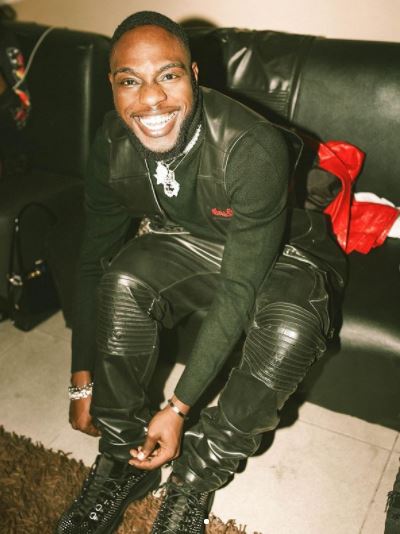 Sensational singer, L.A.X has officially joined the association of Landlords in Lagos State.

L.A.X who recently released a new album “Zaza Vibes” which features the likes of Tiwa Savage, Simi, Mr Eazi, Tekno, Omar The Dj, Peruzzi, and TimiBoi has assured fans that he is smiling to the bank. The singer acquired a brand new mansion worth millions of naira in Lagos State.  Taking to his Instagram page to share a photo of the mansion with a balcony that has the name “ZAZA,” he wrote: ” I DREAMT OF DAYS LIKE THIS AND NOW ITS HAPPENING. I JUST JOINED THE LANLORD ASSOCIATION OF LAGOS . #newestlanlord #mondaymotivation #ZAZAVIBES #zazamansion