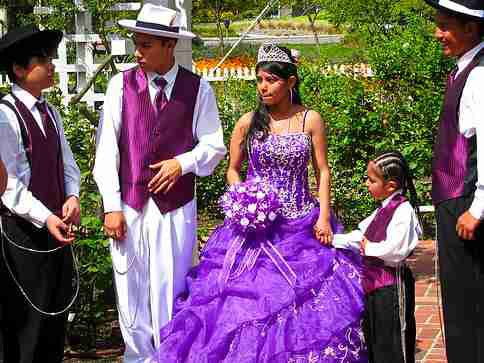 Also known as Fiesta Quinceañera, marks the fifteenth birthday of a girl, that is celebrated with utmost pomp and joy. The birthday girl is decked up in fancy clothes, jewelry, and makeup. It’s a grand celebration that follows a Thanksgiving mass (Misa de acción de Gracia).

She is accompanied by her parents and is made to sit down at the altar. She is also attended by a maid of honor, friends, and family members.

They all commemorate her womanhood, while she pays homage to the Virgin Mary with flowers and bouquets. This is a marked event in the life of a Mexic 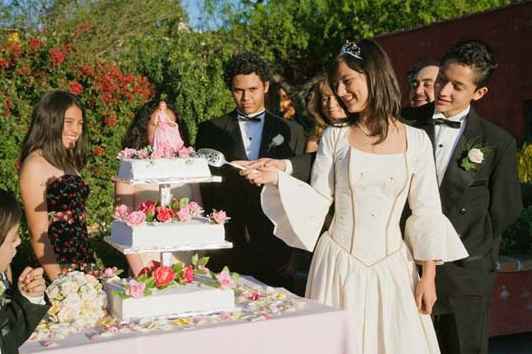 an girl when she reaches fifteen.

The day is celebrated with so much fun that it’s cherished by all even years after years. The birthday is awaited avidly, as everyone present shower blessings and wishes of love, hope, happiness, and prosperity on the person whose birthday is going to be celebrated.

The celebration begins with a mass attended by the girl and her family and godparents. Mass is followed by a reception, or party, to which friends and relatives are invited.

The reception features food, music, and dancing, with the girl accompanied by her “court” of damas (“maids of honor”) and chambelánes (“chamberlains”). Symbolic actions may include the presentation of a doll to a younger sister, to show that the celebrant is giving up her childhood, and the placement of heeled shoes on her feet, to indicate that she is ready for womanhood.

Traditionally, the dance portion of the quince includes a choreographed waltz-type dance that is prepared and is considered one of the main events of the evening.

Toasts are often offered, and sometimes the cutting of a fancy cake is also involved. The celebration is g 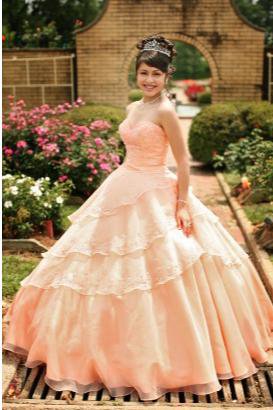 enerally as elaborate as the means of the family will allow.

Although the quince observance originally signified that the girl was prepared for marriage, the modern celebration is more likely to signal the beginning of formal dating.

Some girls choose a trip abroad rather than a party, and others now choose not to celebrate 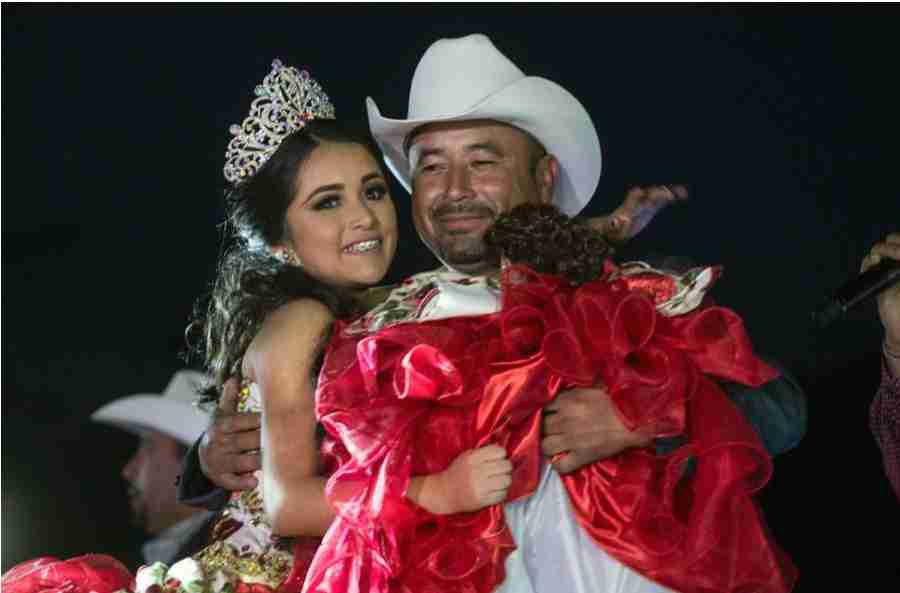 their 15th birthday in the traditional manner. Like many other rites and ceremonies, quinceañeras continue to evolve.

Because the Aztec and Maya also had such rite-of-passage customs, it is thought that the quinceañera may have originated in the admixture of Spanish culture (including Roman Catholicism) with that of the indigenous peoples the Spaniards colonized.

The post LA QUINCEANERA!! See What Happens To A Mexican Girl On Her 15th Birthday! appeared first on illuminaija.