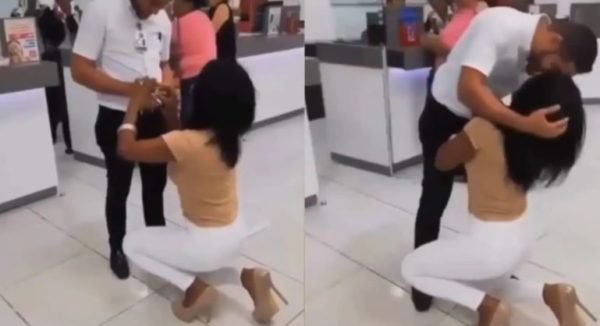 A bold lady got social media users talking after she was sighted proposing her boyfriend in a video which has now gone viral.

This is now the new norm, as there’s been more reports on women proposing. Though, years ago, it seem weird, as it was believed that men were the only rightful persons to shoot their shot.

In the video, those around the couples expressed much excitement as the man goes to her, hugs her and accepts the proposal.

YOU MAY ALSO LIKE  Pirates looking to land Highlands defender

The young lady was on her kneel with her hand holding the box of ring when she proposed.

As seen in the video, the gentleman’s name is Daniel, and there’s been different reaction to the footage.