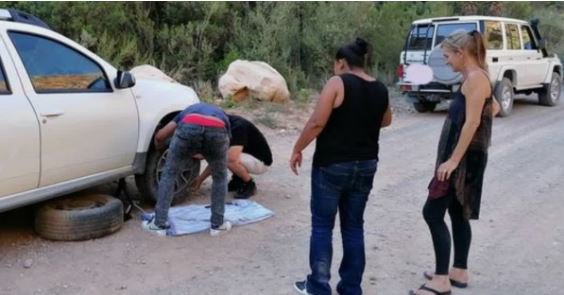 A young South African woman named, Sonja Mancos took to her social media to recount how she got help after her car got stucked.

According to her post, her tyre had a blowout which resulted in her and her family being stranded and not long after two cars stopped and offered to help.

She mentioned that not long thereafter, not one but two cars stopped and the occupants offered the stranded family assistance.

Sonja wrote: “My mom, daughters and I were travelling in Seweweekspoortpas when I had a blowout. We had 2 cars pulling over, with willing volunteers to help us. They really sped up the process and got us safely on our way. Thank you! That’s why #ImStaying.”

The post Lady recounts getting help after her car got stucked appeared first on illuminaija.