A Nigerian lady ‘disappeared’ after kind-hearted Nigerians reached out to her following lpsuicidal posts she shared on Facebook over an alleged repeated abuse in her marriage.

Eze Eberechukwu Praise had threatened to kill herself alongside her son as she won’t leave him behind to go through verbal abuses.

She also pleaded to be buried in her father’s house to avoid wrecking havoc after her death.

YOU MAY ALSO LIKE  Audio Pregnancy: Ladies Who Falsely Accused Davido Caught, Seen In Handcuff (Video) 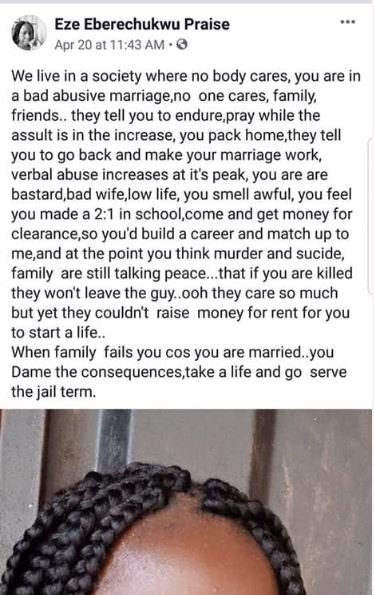