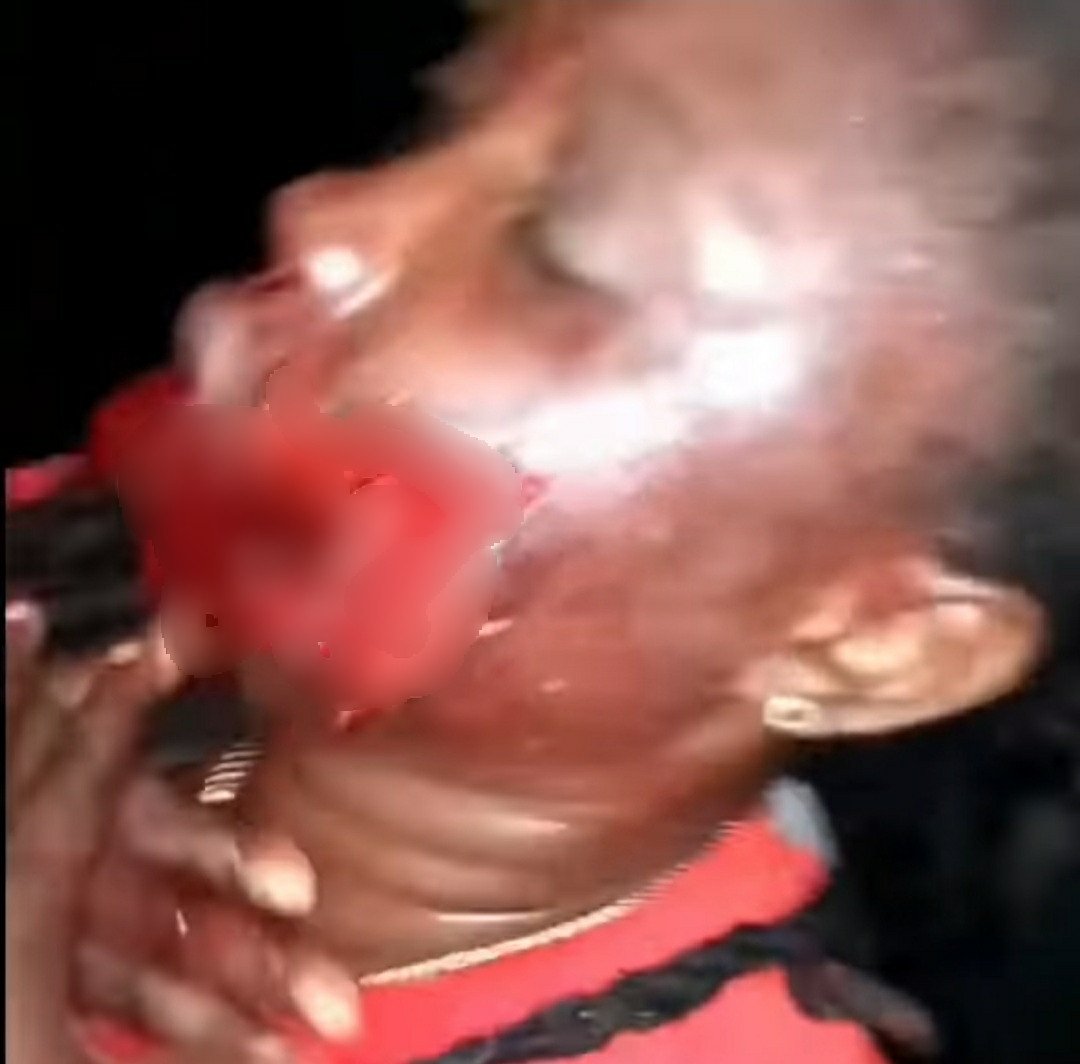 The Lagos State Police Command has revealed the identified of the police officer who shot his girlfriend in the mouth at the Salvation bus stop in Opebi, Lagos state yesterday Thursday, October 8.

In a statement released on Friday, October 9, the spokesperson of the state police command, SP Olumuyiwa Adejobi, said the incident was not in any way connected to the ongoing End SARS protest in the state.

He gave the name of the fleeing police officer as Sergeant Eze Auwansoba while the victim is Joy Eze.

The statement in part reads

“At about 9.21pm of Thursday, 8th October, 2020, one Joy Eze living at Owonikoko Street, Idiagbon, College Road, Ogba, Lagos, was shot at the mouth by a policeman, who was later identified to be one Sergeant Eze Aiwansoba attached to the Special Protection Unit, Base 16, Ikeja, Lagos State, after a fierce argument between the duo who are in a relationship.

“As at the time of the incident, the identity of the policeman was unknown until the Commissioner of Police, Lagos State, CP Hakeem Odumosu, ordered the Divisional Police Officer, Ikeja, to trace the whereabouts of the victim, ascertain her health condition and get more information on the incident and identify the policeman for further necessary actions.

“Based on the preliminary investigation, the said police sergeant was off duty and not issued with a police rifle or arms as at the time of the incident, hence the Police’s concern on the ownership and/or possession of the arms he used in perpetrating the act.

“The Commissioner of Police has ordered that the fleeing policeman, who is attached to another police formation within the state, be arrested by all means and made to face the consequences of his criminal act.

“While the CP condemns the act, the command will not in any way leave any stone unturned in getting justice for the victim and sustain the ethics and Standard Operating Procedure of the Nigeria Police Force; and protect the fundamental human rights of all and sundry across the state.

“Similarly, the Commissioner of Police, Lagos State, CP Hakeem Odumosu, has appealed to all Lagosians especially protesters across the state, to maintain law and order while they embark on peaceful protests as the police will do everything possible not to infringe on their rights.”

The post Lagos Police Command reveals identity of policeman who shot his girlfriend in the mouth appeared first on illuminaija.