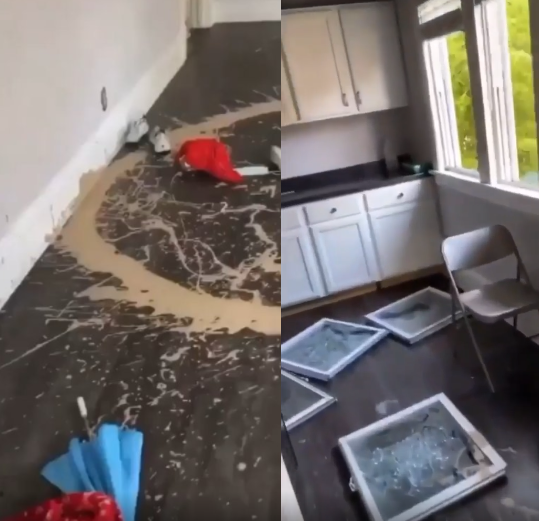 A landlord broke down in tears when he saw the state his previous tenant left his house in after he asked her to vacate his property.

The landlord is heard sounding distressed as he goes around his house, inspecting the damage done to his property.

He is heard crying in deep agony as he says that he works hard to take care of his children only for his tenant to destroy his house.

He said he never gave the tenant any problems and didn’t care about what she was doing in the house, as long as she kept his house in good condition. However, because he asked her to pay the rent she owes, she destroyed his property.

YOU MAY ALSO LIKE  Fayose’s N1.2bn Was Transported With 2 Aircraft – Banker Testifies

The man expressed his anger in the video and said it will cost him so much to repair the damage done to the house.

While still crying, he swore that he’ll “kill” the former tenant if he sees her.

after he gave her a quit notice

The post Landlord in tears after tenant destroyed his property when he gave her quit notice (video) appeared first on illuminaija.