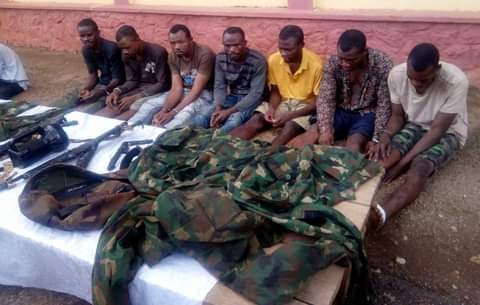 The Ogun State Police Command has arrested a seven-man armed robbery gang operating in military uniform along the Benin-Ore-Lagos  expressway.

The suspects, Ikechukwu Alore, Ifeanyi Emmanuel, Chibueze Kingsley, Obiora Michael, Elias John and Vincent Magnus, were fished out from their different hideouts within and outside Ogun State by operatives of the Special Anti – Robbery Squads (SARS).

Parading the suspects at the Command headquarters in Eleweran, Abeokuta, on Wednesday, September 23, the state Commissioner of Police, Edward Ajogun, said the suspected leader of the seven-man robbery syndicate, Obiora Michael, was traced to his residence in Ajangbadi area of Lagos State on September 17, 2020, where his wife was treating him of the bullet wounds he sustained during a gun duel with the SARS operatives.

YOU MAY ALSO LIKE  5 Soldiers Declared Wanted By The Nigerian Army, See What They Did

“He had lied to his wife that he sustained the injuries in a road accident,” the CP said.

According to the police boss, they were rounded up following a confessional statement extracted from one of the members of the gang who later died from gunshot injuries. (pictured below) 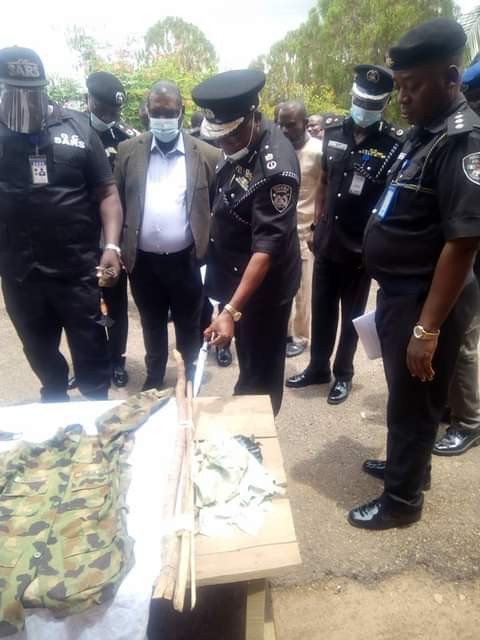 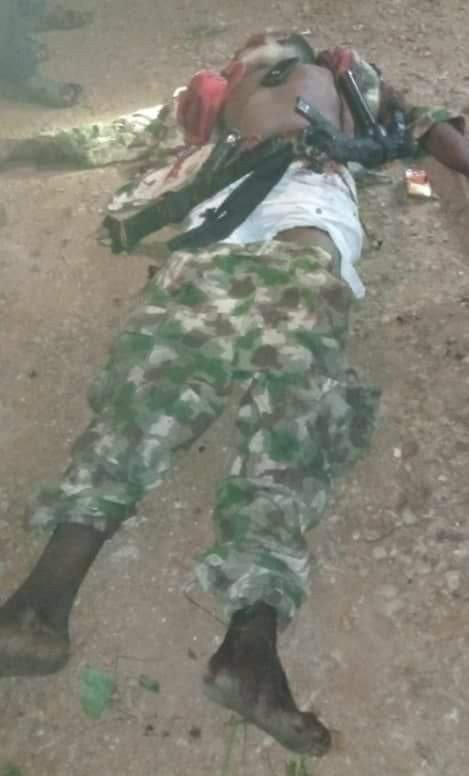 The post Leader of robbery syndicate operating in military uniform along Benin-Lagos expressway lies to wife he was injured in accident after fleeing gun battle with police appeared first on illuminaija.