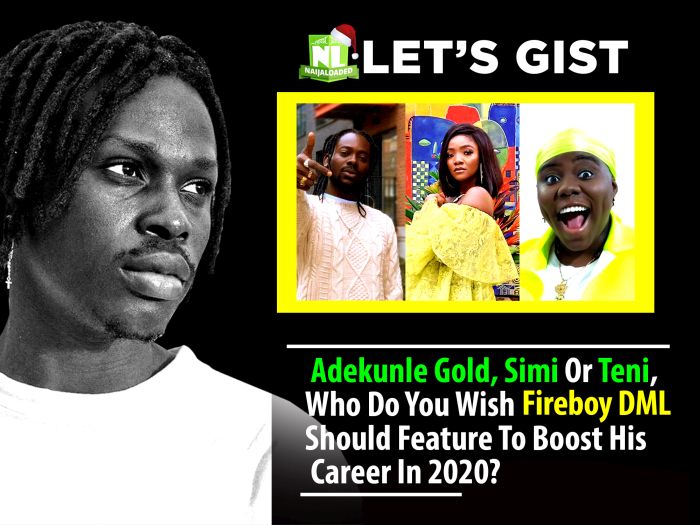 Ever since YBNL Boss Olamide unveiled fasting rising star Fireboy DML he’s still yet to dish out a wack song which gained him more fans within the short time he got signed under the label.

Without employing any top artist on his singles he has successfully recorded several hit songs and also demonstrated the same energy on his debut album which has been enjoying the positive reactions from fans.

Among those I think he can collaborate with are Adekunle Gold, Simi Or Teni.

These above-listed artistes have cemented there brands in the heart of many fans both home and overseas with there songs, and I think featuring them will boost his brand in 2020.

So left to you guys to decide.

Adekunle Gold, Simi Or Teni, Who Do You Wish Fireboy DML Should Feature To Boost His Career In 2020?

Drop Your Comments Below

The post Lets’s Gist! Adekunle Gold, Simi Or Teni, Who Do You Wish Fireboy DML Should Feature To Boost His Career In 2020?  appeared first on Naijaloaded | Nigeria’s Most Visited Music & Entertainment Website.