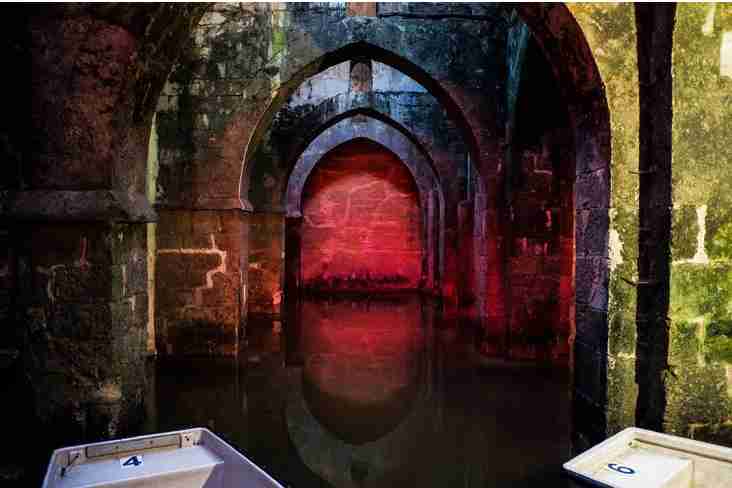 Wondering where you can find it? Ramla is a small city that lies halfway between Israel’s Mediterranean coastline and Jerusalem. A

relatively unassuming place, it harbours a true treasure, The Pool of Arches.

Built in 789, the pool sits underground. Its original use was to hold water that came from Gezer, a nearby city-state, via an aqueduct.

The pool is almost square in shape and actually quite small, its longest side extending not much more than 70 feet. It consists of three

openings can be seen in the ceilings, through which water was once drawn with buckets and ropes.

In the 20th century, the Pool of Arches gained a new level of fame when it was used as the setting for a scene in the 1971 film “Hasamba 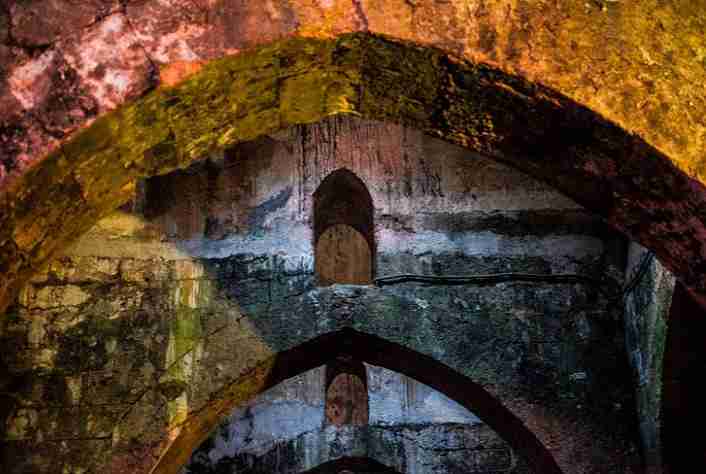 for the motion picture “Hasamba and the Lost Youths”. This movie enhanced the legend of the Pool of the Arches where the secret group

was seen escaping in rowboats into this magical, large cavity.

The survival of the Pool of Arches, despite the 1,200 years that had elapsed since its construction and the severe earthquakes that

destroyed many parts of the city of Ramla, offers rare evidence of the quality of the structure, and serves as an exemplary model of Muslim 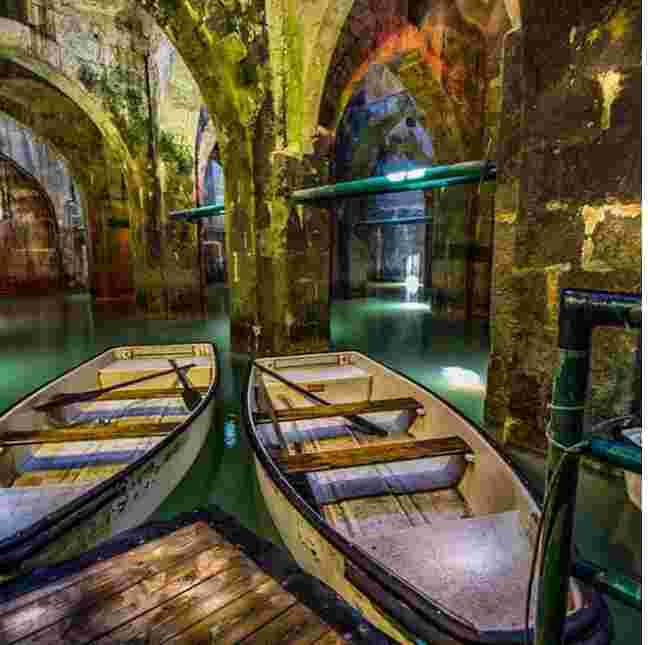 The underground water reservoir was built in 789 in the days of the famous Caliph Haroun al-Rashid. The year of its foundation is inscribed

in the wall of the pool, in these words: “In the name of Allah, and with Allah’s blessing, [which] the agent of the Emir of the faithful, may he

live a long life, commanded to build, in the month of Hajj, in the year One Hundred and Seventy-Two. The Pool of the Arches is the most

important edifice dating from the reign of the Abas Caliphs in the Land of Israel. 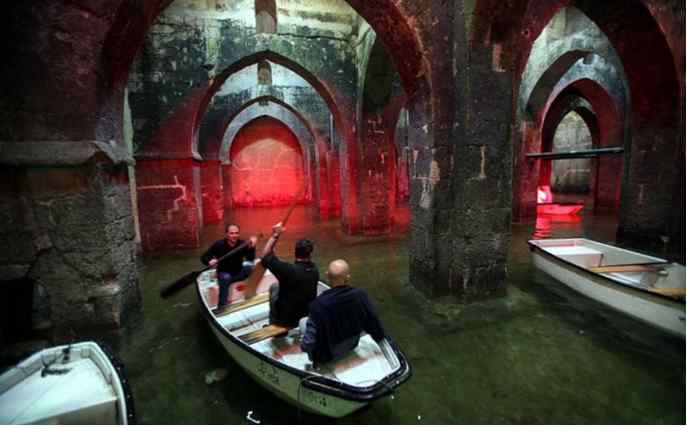 The Pool of El Anzia

This pool was built as an enclosed water reservoir which appears to have been supplied from a small spring beneath it. The Christians call

this pool “Saint Helena’s Pool”, based on the legend that Helena, mother of the Roman Caesar Constantinus the First, first initiated its

digging. In the past it was also known as “the Pool of El Anzia”, meaning the Pool of Goats. Water troughs used for giving water to cattle

YOU MAY ALSO LIKE  FOR REAL?? Did You Know That A Wolf Means More Than Just An Animal To The Ancient Romans? Find Out More Here

could be seen here in the past.

The pool was filled from the main aqueduct that carried the water from Gezer to the cisterns in the White Tower area. The entry point of the

water was recently uncovered in an excavation carried out by the Antiquities Authority. The pool’s location could possibly be due to the

small spring adjacent to it. 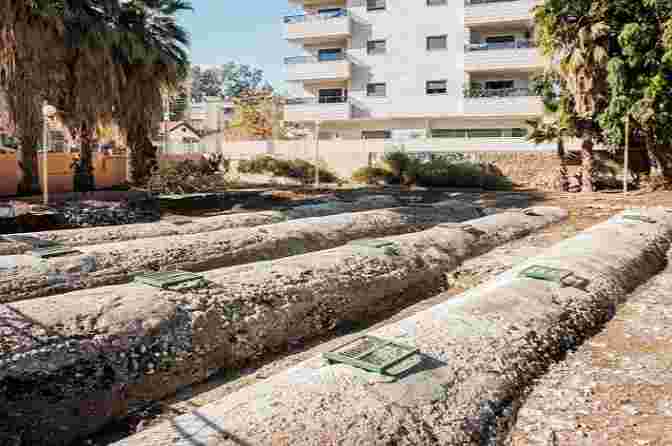 A few stairs lead down to the pool which has three columns of stone pillars, each column containing five pillars bearing curved arches

supporting the ceiling, containing a line of square hatched openings through which water was drawn with buckets and ropes in generations

Water is drawn from the pool in the winter when it overflows.

Today it draws people from all over who come to experience one of the world’s most unique underground antiquities.

The post Like Real Magic? Take A Tour Of Ramla’s Magical Underground Pool Of Arches appeared first on illuminaija.