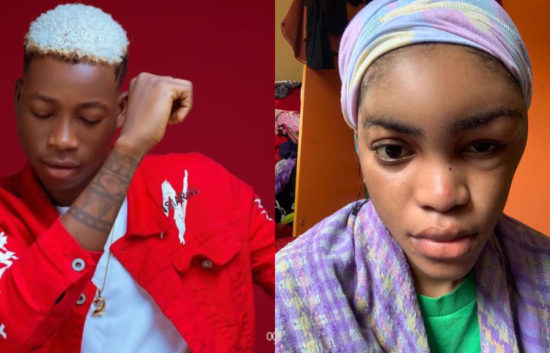 The outrage at the 30 Billion Gang signee, Lil Frosh continues as WhatsApp conversations of the singer pleading to his girlfriend surfaces.

The singer was called out yesterday by the manager of the lady who alleged that Lil Frosh has been physically assaulting her for a while.

The manager’s public statement reads in part, “My client and sister has suffered enough!!! We have kept quiet enough @lhilfrosh.

“You have done enough damage for almost a year now you have been in a relationship with my sister and client and you have brought her nothing but horror, pain and disaster.”

YOU MAY ALSO LIKE  HEADIES NEXT RATED!! Rema, Joe Boy, Fire Boy, Lyta, Zlatan, And Victor AD – Who Do You Think Deserve It More??

In a recently leaked WhatsApp conversion between Lil Frosh and his babe, the DMW records rapper could be seen asking for forgiveness while admitting his mistakes. 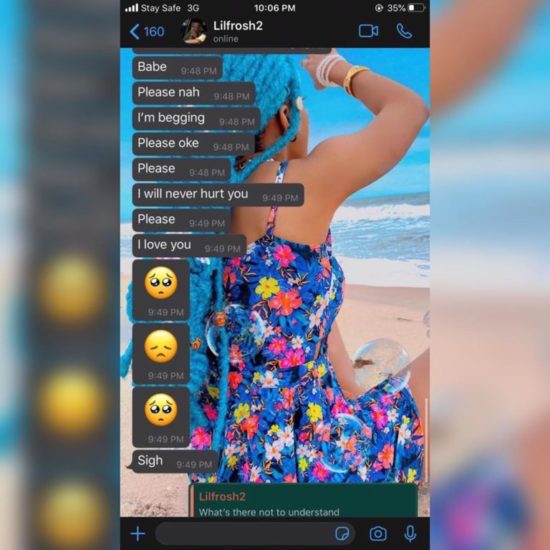 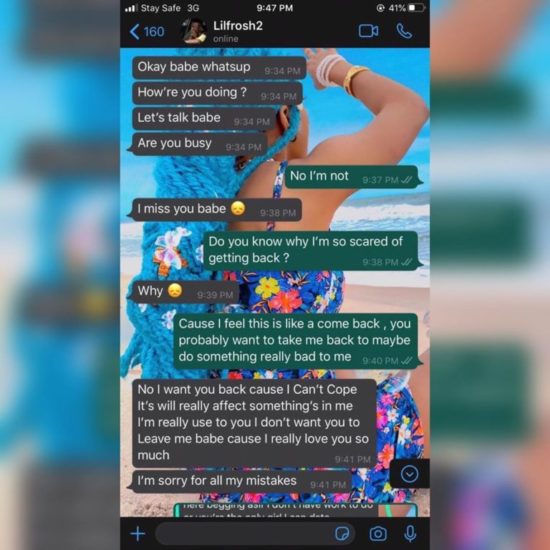 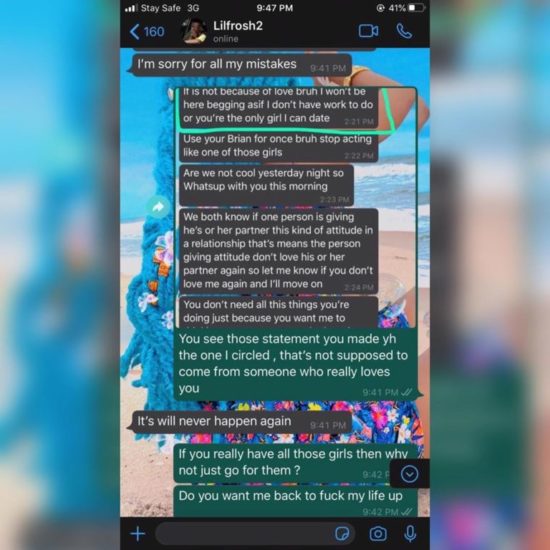 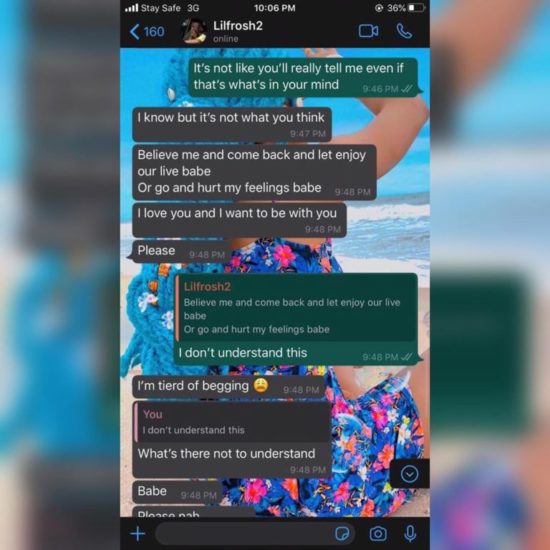 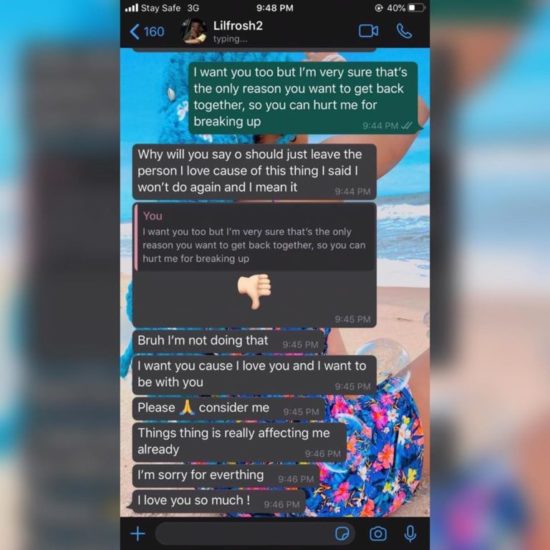