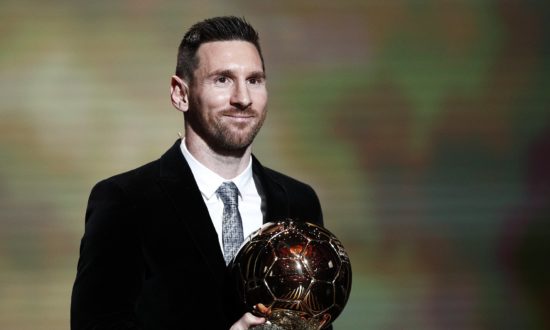 The Argentine, who attended with his wife Antonella Roccuzzo and his two sons Thiago and Mateo, went into the evening in Paris level with Ronaldo on five Ballon d’Or awards each but now stands alone with six. 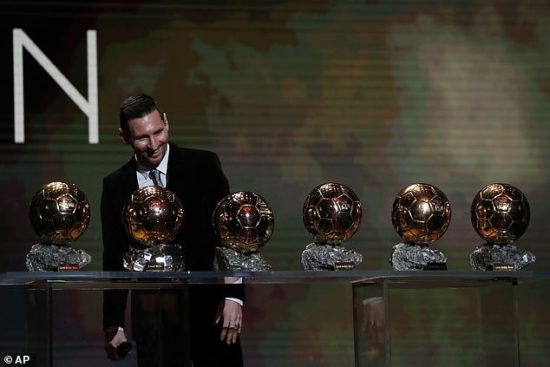 He had all of his sixth golden balls on stage and Messi could not contain his joy as he posed for photographs with each of them.

Messi edged out Liverpool centre back Virgil van Dijk who was unlucky not to win the award after lifting the Champions League, the Super Cup and UEFA’s Player of the Year award.

YOU MAY ALSO LIKE  MAD OOO!!! Davido Set To Drop “Sweet In The Middle” Video (Watch The Dope Trailer)

The 32-year-old was an overwhelming favourite with bookmakers after a leaked document appeared to crown Messi as the recipient of the award in the hours prior to the ceremony.

There was surprise a year ago when he ranked fifth but after another impressive season leading Barcelona, there was a sense of inevitability he would claim a record-breaking sixth award.