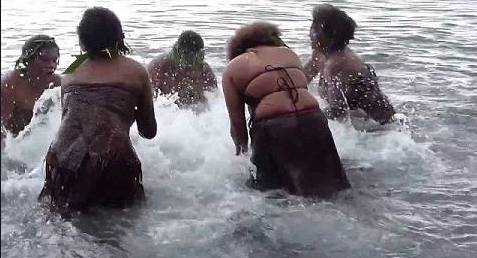 Among the Baka forest people in Central Africa, water drumming and dancing is an important aspect of their society reserved for the women hunters.

The ritual is usually performed before they go hunting in the early hours of the day, usually at dawn to enchant the forest and in the process call out the animals so that the hunters do not have to go deep into the forest.

The drumming technique which also comes with its own distinct dance is peculiar to the forest pygmies who live near the Congo and Cameroon border and is known to them as Yelli.

While drumming is an integral part of the African community, the art has been known to be done on a particular kind of instrument known as the drums.

Aside from being used to communicate, the instrument is one of the most important in African traditional music which always triggers dancing and singing.

The Liquindi or Yelli drumming is not only peculiar for being performed on water, but it is also unique for having women perform due to the fact that drumming is usually left for men and in the instances where women play, they only play a supporting and smaller drum.

YOU MAY ALSO LIKE  [Music] Nosky Ft. Yatokaze – Stew (Paratule)

The Liquindi is usually performed in groups with a lead drummer and singer with her chorus singers and drummers. To perform, the women must be in a good mood, very strong and must also be hunters. 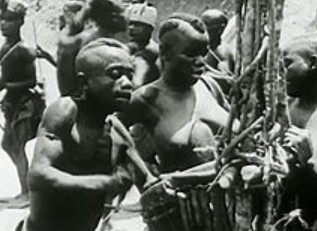 The music is created by the women hitting the surface of the river with their hands. Depending on the sound that is desired to be produced, the women either hit the surface with a fist or with her palms flat.

The lead drummer and singer starts and the others join in one after the other until they are all drumming in unison. As they break out into singing, they also dance swaying their hips and swinging their arms high to increase the intensity and sound of the music.

The Liquindi drumming and dancing, if performed at dawn has to end before the sun rises in order not to disturb the spirits of the gods and end in time for a good hunt for the women. 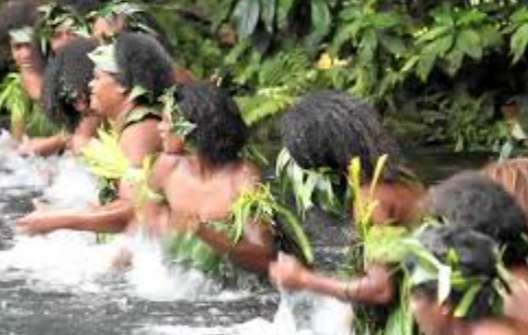 Although reserved for women, the drumming can also be performed by men and young children but has been known to be performed by women during the time of war, before a hunt or any other special ceremony.

Today, the forest people of Central Africa who perform this unique drumming and dancing art are very few. Modernization and forceful means to integrate them into the greater part of the population has caused several of them to run into different parts of East Africa but there is still a small group that live in the forest and perform the water drumming.