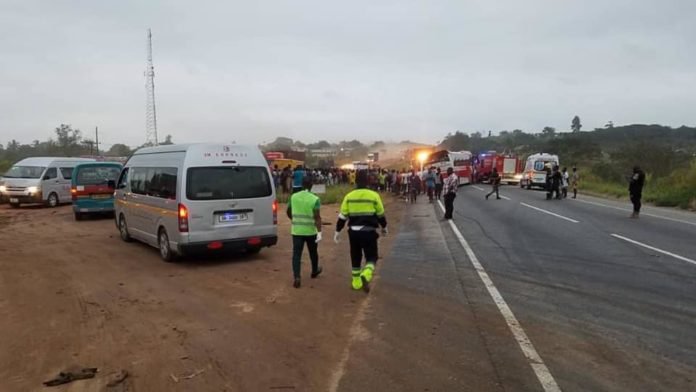 Reports that at least 11 passengers are feared dead in a fatal accident at Kyekyewere Community stretch of the Accra to Kumasi Highways in the Eastern Region.

The accident is said to have happened in the early hours of Tuesday, September 15, 2020. The accident happened at about 5 am this morning.

According to witnesses, the fatal accident it involved a bus carting goods bound for Burkina Faso and two other vehicles, including an inter-city STC bus.

The Cargo Truck believed to be heading towards Kumasi direction to Burkina Faso burst a tyre causing the driver to lose control of the steering wheel hence veered off its lane and crashed two buses fully loaded with passengers from Kumasi direction to Accra.

The haulage vehicle slashed one side of the bus cutting deep into it killing dozens of people.

YOU MAY ALSO LIKE  Former Youth International Wants Sunday Oliseh, Samson Siasia Back In Charge Of Super Eagles

An STC bus which was behind the haulage truck in an attempt to swerve the chaos ended up in the bush. A NADMO official, Kojo Mintah, gave this info.

As reported from the scene, more than 80 passengers of a Yutong bus and STC bus have sustained various degrees of injuries in the accident.

See some pictures from the scene of the accident; 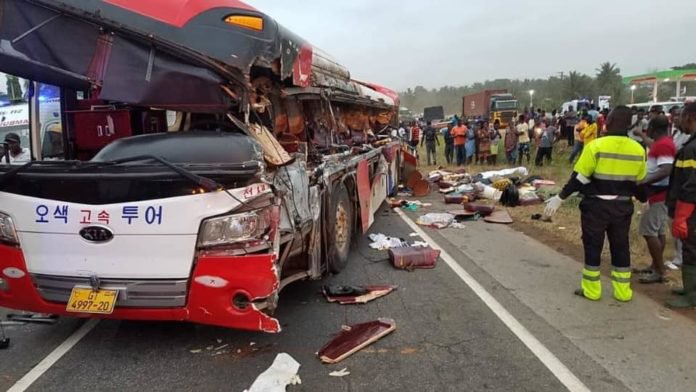 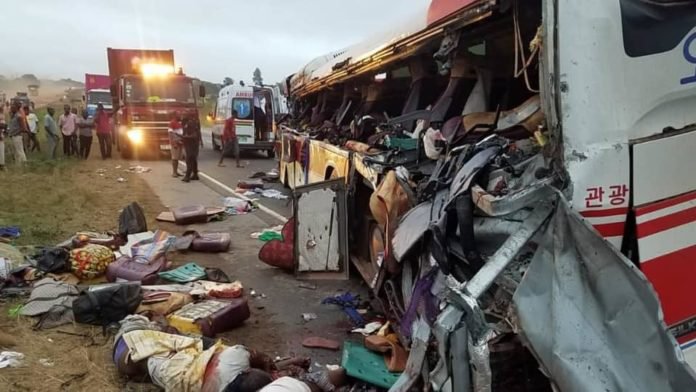 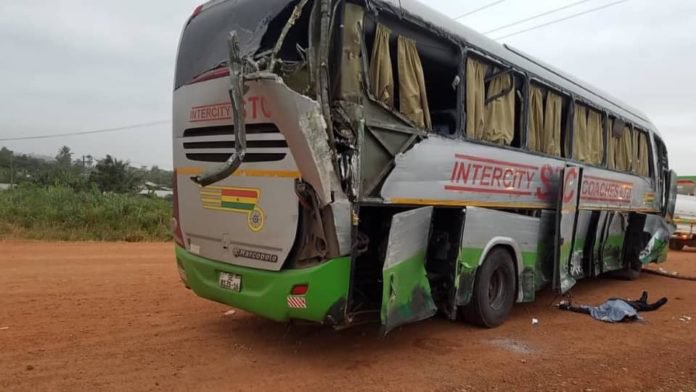 Dead bodies and pieces of body parts conveyed to the morgue.

Personnel from the Ghana Police Service, Ambulance, and National Disaster Management Organization were at the scene to rescue the victims to Nsawam and Suhum Government Hospitals.