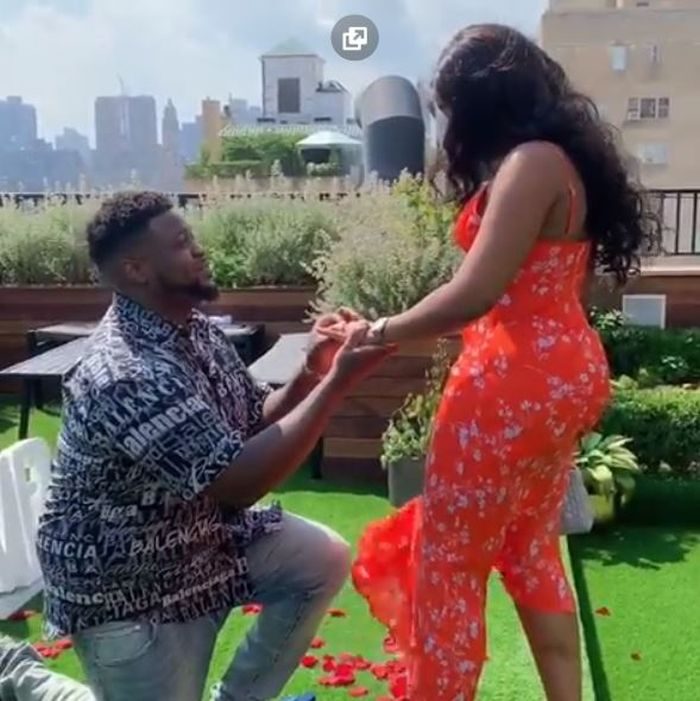 Davido’s brother, Adewale Adeleke has popped the big question to his girlfriend and she has said yes.

Davido’s elder brother and the Chairman of HKN Music, Adewale Adeleke is off the market after surprising his girlfriend, Kani with a marriage proposal in New York City, USA.

Adewale Adeleke shared a video on his Instagram page as he walked his girlfriend through a rooftop where he had roses at different spots, then went down on one knee beside the ‘marry me’ sign to propose.

YOU MAY ALSO LIKE  Exclusive!!! Barry Jhay Wishes God’s Blessings On Kizz Daniel Even After Deceit || Watch Video

This proposal is coming a few months after his girlfriend, Kani bagged a Masters Degree at Georgetown University.

Watch the video below:-

His girlfriend, Kani also posted the video with the caption;

“I love you and that’s the beginning and end of everything”. #isaidyes”