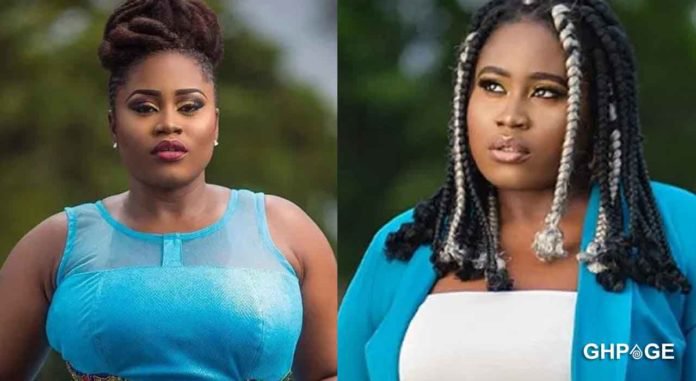 Celebrated Ghanaian actress, Lydia forson, has revealed the identity of a man who has been threatening her life following a post she made regarding the ruling party, NPP.

According to Ms. Forson, the man threatened to deal with her for posting such a statement on her social media page.

Regarding the actress’s post, she expressed her disappointment in the government’s decision to charge $150 for CoVid-19 testing for Ghanaian passengers traveling to Ghana.

It seems it didn’t go well with the identified man who perhaps may be a staunch NPP follower.

“Why are people having to pay $150 for another test at the airport, when they’re already required to test 72hrs before departure and show a certificate before boarding?!! My comrades from 2014-2016 where are you? Wake up, it’s time to start speaking up ?!! There’s too much we can’t be quiet about anymore!!!I’ve had to be careful about the things I say for so long because of things I’ve suffered silently, but come on is GHANA not for all of us?! !” she posted

In her exposure, she uploaded the photo of the man who threatened her.

She added that she needs help to apprehend him so he can show her exactly how he plans to deal with her.

“Please whose family member is this? He says he will make sure I don’t get away with the “shit” I post. Who’s willing to help us meet so he shows me exactly how” she stated 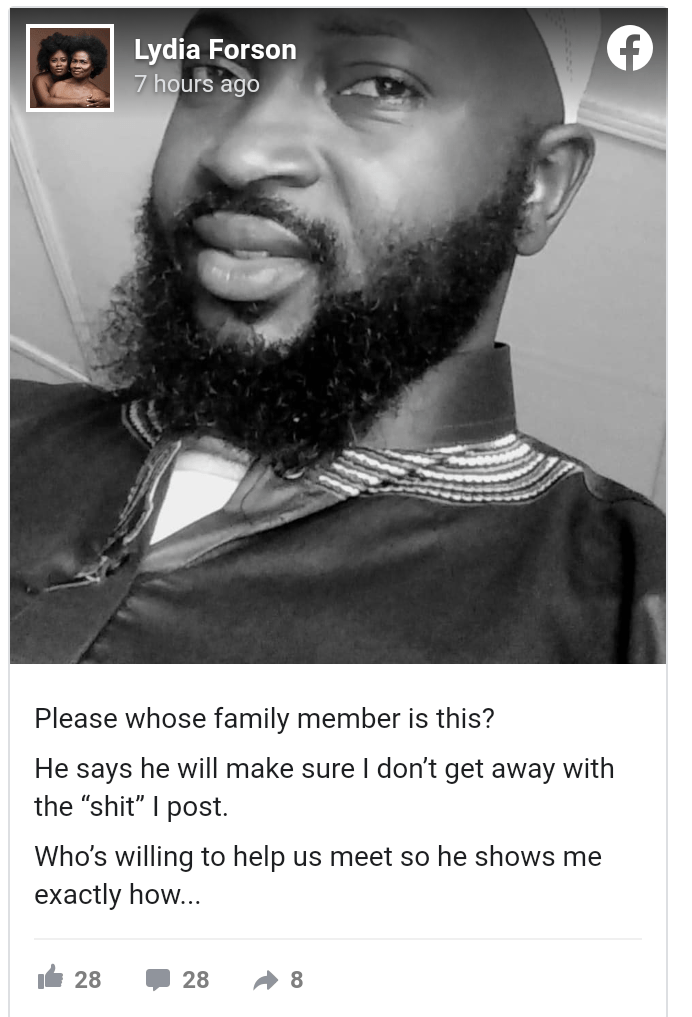