Alleged international fraudster, Ramon Abbas aka Ray Hushpuppi, on Friday made his first court appearance in an American court where the Federal Bureau of Investigation alleged that he attempted to dupe an English Premier League football club of £100m (N48.4bn).

The allegation is contained in an affidavit deposed to by FBI Special Agent, Andre Innocenti, who is assigned to the Los Angeles Filed Office High-tech Organise Crime Squad.

According to the FBI, the suspect is facing charges of conspiracy to commit money laundering among others.

The affidavit read in part,

“Abbas and others further conspired to launder hundreds of millions of dollars from other fraudulent schemes and computer intrusions, including one scheme to steal £100 million (approximately $124 million) from an English Premier League soccer club.”

The FBI further stated that should Hushpuppi be convicted, he risks spending 20 years in jail.

“If convicted of conspiracy to engage in money laundering, Abbas would face a statutory maximum sentence of 20 years in federal prison,” the FBI said. 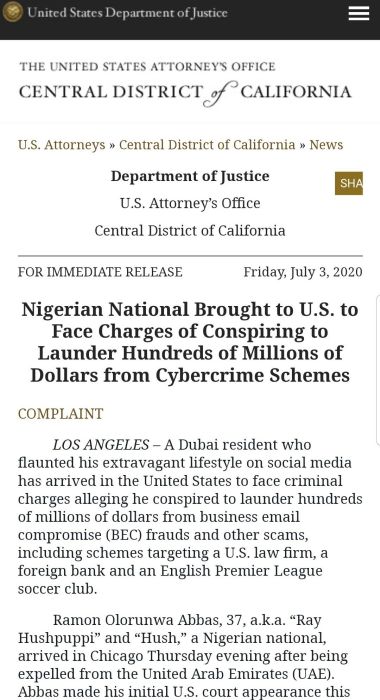 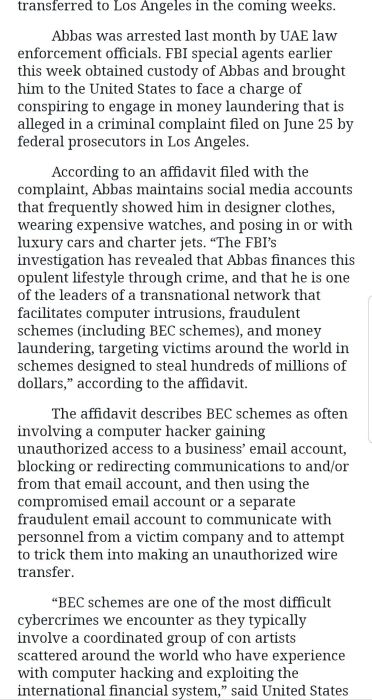 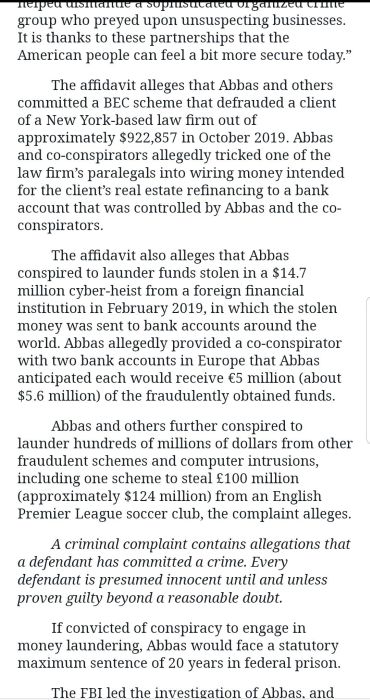 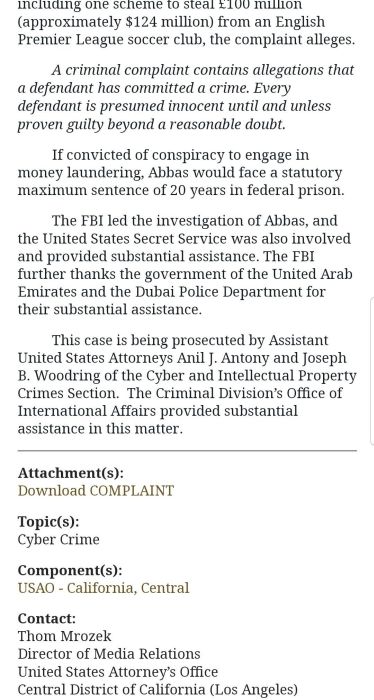 Is This The End Of Hushpuppi?