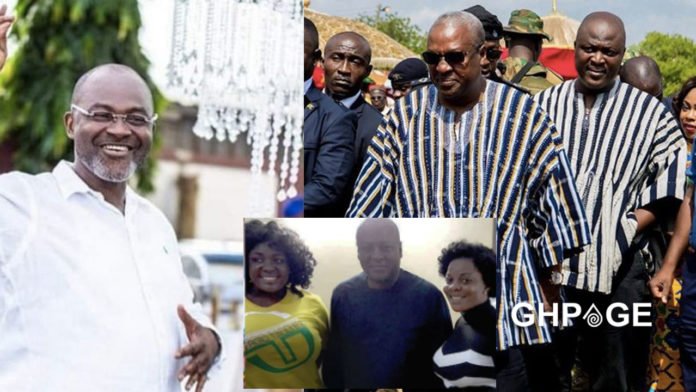 NPP firebird and the Member of Parliament for Assin Central Hon. Kennedy Agyaponghas once again launched an attack on the flagbearer of the opposition NDC threatening to expose how he has been sleeping with other ladies at his brother’s house.

The controversial member of parliament is noted to be one person who has all filla’s in the country from politics to entertainment.

It would be remembered that during the wake of the ‘Papa no’ saga, he alleged that actress Tracey Boakye  has been blackmailing John Dramani Mahama because they have a relationship going on.

This allegation from the loudmouth politician angered Tracey Boakye who denied it and dared Hon. Kennedy Agyapong to come out with his evidence since he claims he has one to implicate them.

In a new development, Hon. Kennedy Agyapong has disclosed that the former president has been sleeping with woman at the residence of his brother Ibrahim Mahama.

He dared the NDC to try and play dirty politics and he would drops all the dirty secrets he has on the former president.

“Mahama went to have sex in Ibrahim Mahama’s house… If they (NDC) are not gentle and want to play dirty, they will see what I will do to them” Kennedy Agyapong threatened

The post Mahama has been sleeping with women at his brother’s house – Kennedy Agyapong appeared first on illuminaija.