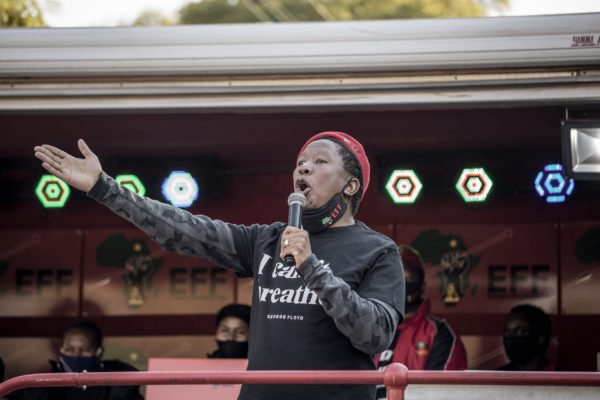 Julius Malema, EFF leader has requested for a fine against the governing ANC. This is after some senior members of the party “caught a lift” from the Defence Minister to Zimbabwe.

However, the ANC has denied doing nothing wrong.

The governing party said the Defence Minister – Nosiviwe Mapisa-Nqakula was accompanied by its delegation who was heading over to the country.

“I think it was irresponsible and we should not be too dramatic about it. We will ask the secretary of the defence to invoice the ANC so that it pays and does not repeat that mistake but going to Zimbabwe, even under lockdown regulations, it is necessary, it is urgent and, therefore, it will be reactionary to say the leaders should never have gone to Zimbabwe.”

Malema also said the reason to visit Zimbabwe stands, but the ANC made use of an unacceptable mode of transport.

The post Malema calls for ANC to be invoiced for Zim flight appeared first on illuminaija.