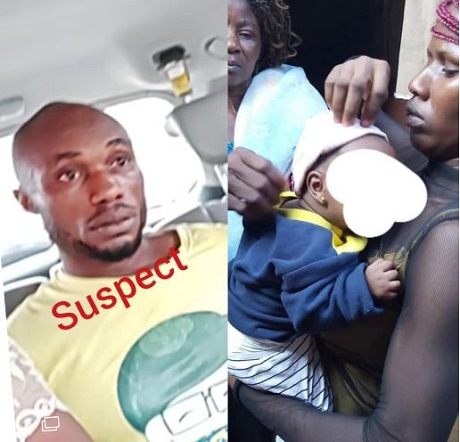 35-year-old Nnamdi Destiny accused of defiling his one month old daughter in Umuahia, Abia state, has been charged to court.

Recall that Gwamnishu Harrison Emefiena, an activist, in a post shared on his Facebook page few days ago, accused the police of releasing the suspect without charging him to court.

“Somewhere in Abia State, 1/3month baby was defiled by her father. The mother who saw bruises in her daughter’s private part took her to the hospital and the Doctor examined and confirmed the little girl was sexually assaulted.

“The father was invited by the doctor and he confessed and pleaded they forgive him. He was arrested and detained at CPS Umuahia”. 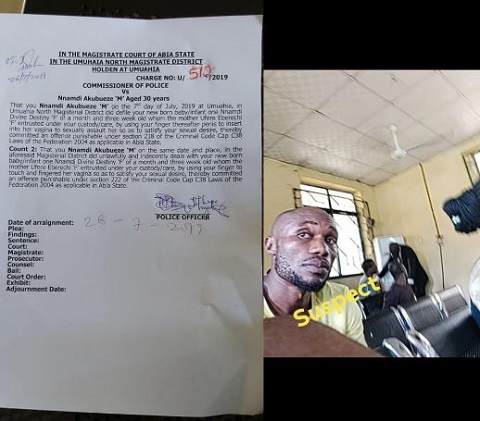 In an update shared today, Gwamnishu said his post went viral and got to the attention of concerned Nigerians who reached out to Abia State Commissioner of Police. He quickly ordered for his re-arrest. Gwamnishu said Nnamdi was charged to court and bail granted by the magistrate court

”The Police prosecutor did his best to counter the bail with strong reasons/evidence. The wife told us she’s no longer ready to continue with the trial. She want to withdraw the charges against her husband. We understand her feelings but we can’t help her situation” he wrote