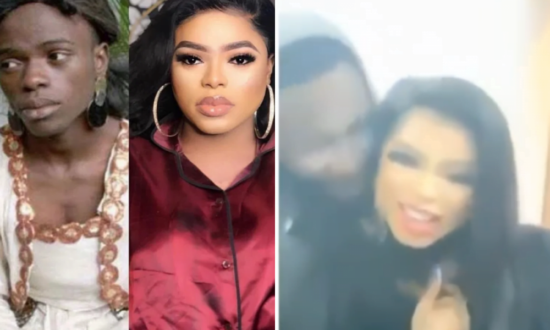 A yet to be identified man has become the topic for gossip afte he was seen in a viral video, passionately romancing and “rocking” Nigerian cross dresser, Bobrisky.

In the video, the man who appears to be a fan was seen kissing the popular Nigerian bleaching expert, whose real name is Idris Olorunwaje Okuneye

However some social media users have reacted to the video, some have criticised the cross dresser for going back to his girly lifestyle after embracing his true gender during his father’s birthday.

Fan star-struck to #Bobrisky seen kissing him at a party