A man after catching his best friend bonking his wife took pictures of them and has kept them as evidence.

Infidelity in marriages is on the rise with various stories of cheating spouses hitting the internet in recent time.

The latest among them is a story of how a man returning from work met his friend making love to his wife.

Interestingly, he thought about taking a selfie with them standing in the back stripped as evidence to show his inlaws.

In another shot posted below, the man in question with his friend are seen eating together.

Reports close to them say that he would take his best friend home so his wife would cook for them.

Without his knowledge, she was cooking for him in bed as well, and he finally caught them right in the act.

YOU MAY ALSO LIKE  [FREE BEAT] Phyno – Deal With It (Instrumental) 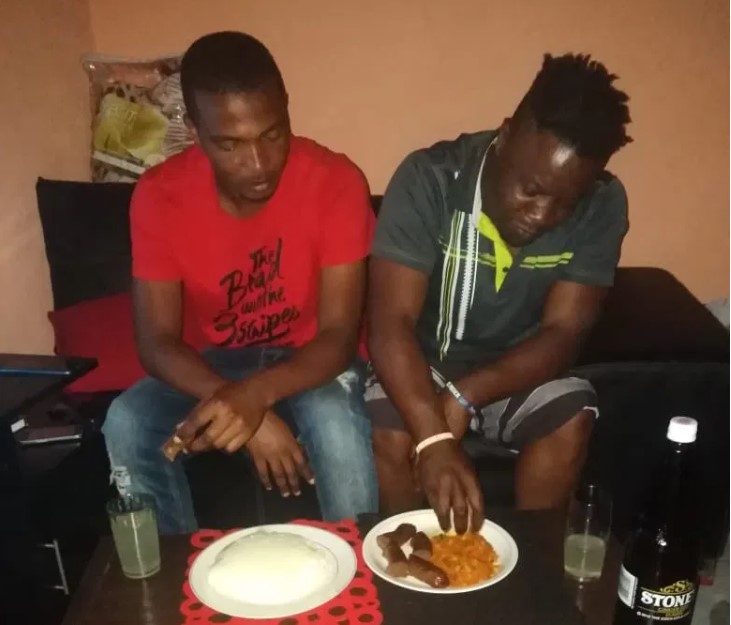 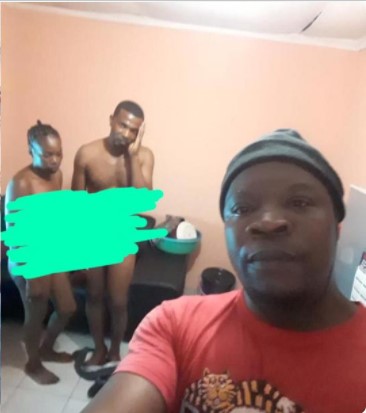 His self control to be able to take the shot even after finding out is impeccable.

The post Man takes a selfie of himself with his cheating wife and best friend after he caught them in the act appeared first on illuminaija.