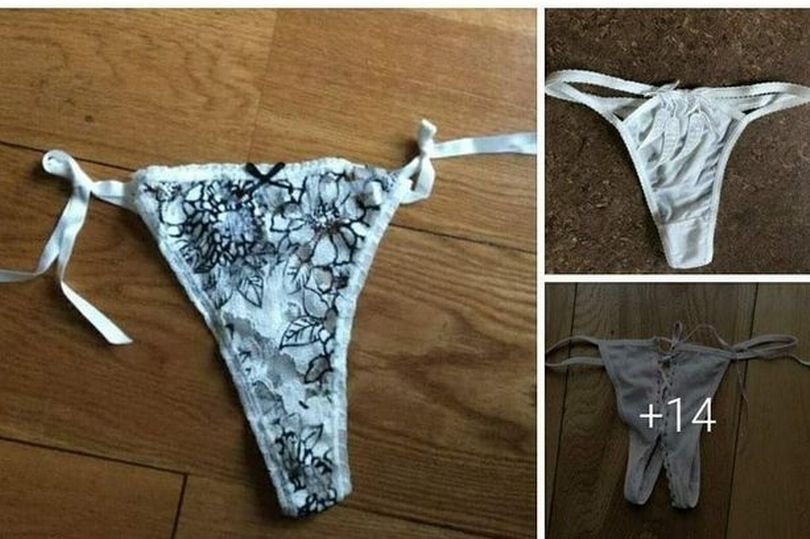 A man has left social media users horrified after trying to sell his dead sister’s underwear on Facebook for £10, labelling the pair “ideal for those with fetishes.”

The unnamed man posted the item on a Facebook buy and sell page, leaving users gobsmacked.

In the post he attempted to sell his late sister’s undergarments for £2 per new pair, or £10 for an “unwashed pair.”

More than a dozen pictures were shared of the unusual items by the Ayrshire man, who claims they belonged to his dead sister.

He wrote that those looking for a bargain could snap up a pair of washed pants for the lower price of £2.

Included in the unusual snaps was a pair of crotchless panties. It is unclear what condition they were in when up for sale.

The advert read: “House clearance as my sister has died size 14 pants £2 a pair for new £10 a pair for worn unwashed ideal for fetish.

“Discount for more than one pair can post discreetelie.” 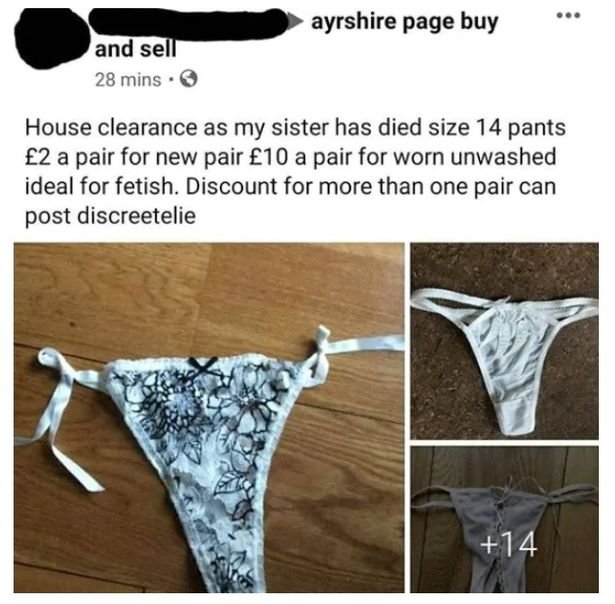 Another joked: “How much for 12 pairs worn? Asking for a friend.”

While a third said: “It’s not worth it. There’s no strings attached.”

Another commented: “How a death can bring the best out in you.”

YOU MAY ALSO LIKE  Minimum Wage: Ngige Says FG Has Commenced Payment

The post Man Tries To Sell His Dead Sister’s Used Panties For £10 On Facebook appeared first on illuminaija.