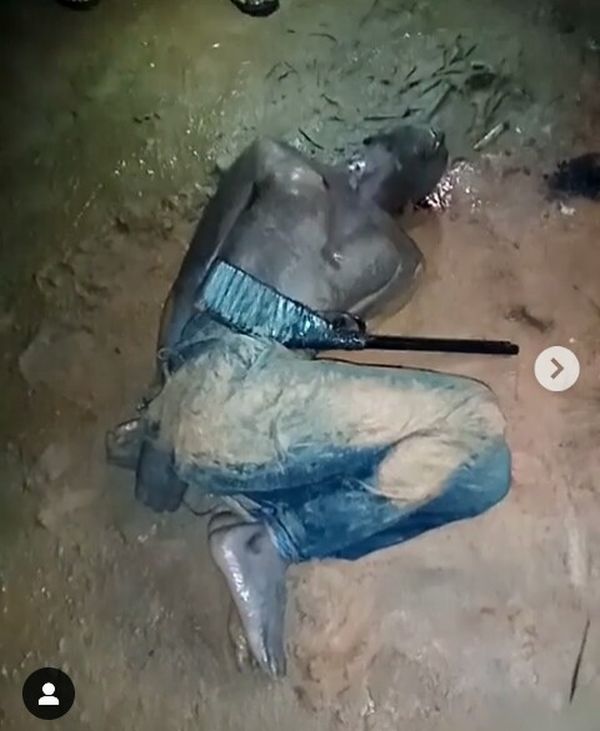 A man who has been forcefully having carnal knowledge of other men’s wives in Delta has been dealt with severely after he was caught.

A young man who was caught around 2am in Otefe-Oghara, Delta state trying to break into someone’s house to rob has been beaten severely.

It was gathered that the man has been the one terrorizing the whole area, robbing and raping people’s wives in the night.

The confessional statement was made after the excessive torture and beating he received from the angry youths who caught him.

He was later handed over to the police in a vegetable state.

See another photo below:- 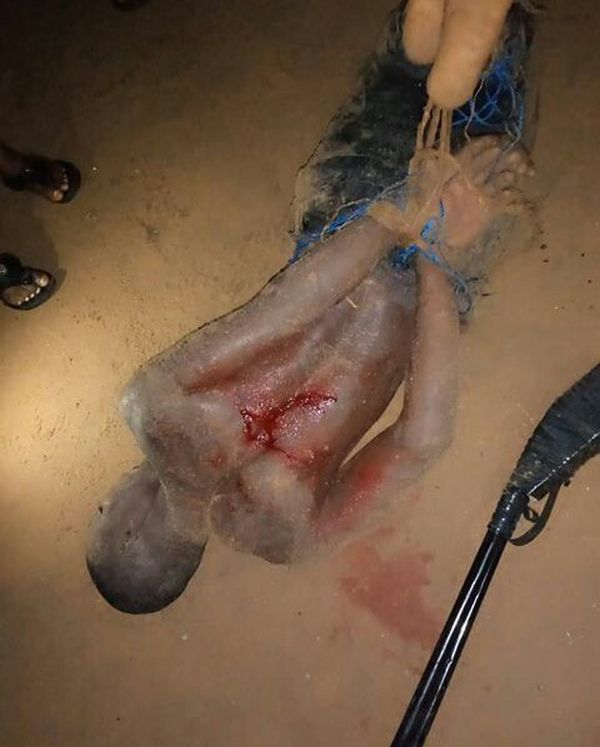