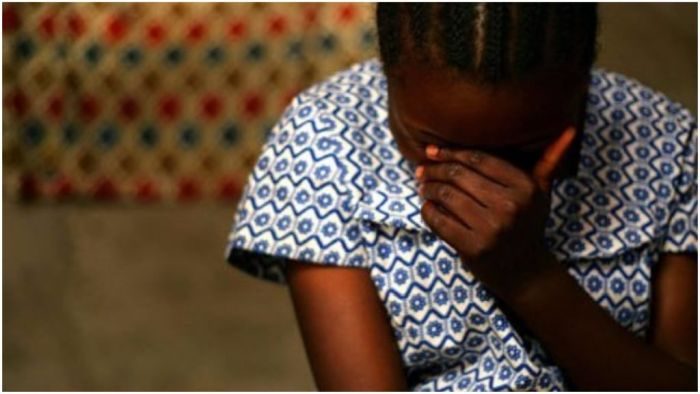 A 39-year-old married woman has been arrested by the police for allegedly molesting a 14-year-old boy for two years.

Respite may have come the way of a 14-year old boy, who was allegedly sexually molested by a 39-year old married woman, Mrs. Happiness Nwokocha, over a period of two years, following the directives by AIG Shehu Lawal of Zone 2 Onikan, Lagos.

A report by PM Express revealed that the AIG has directed the Lagos State Commissioner of Police, Mr. Zubairu Muazu, to carry out full investigation and take appropriate actions over the alleged abuse of the victim, who was said to be undergoing mental trauma over the abuse.

Mrs. Happiness Nwokocha was reportedly caught and her nude picture taken, after she allegedly sexually molested the14-year old boy in her friend’s place in Lagos.

The incident happened at 18 Adesola Street in Agodo Egbe area of Lagos, where the victim resides with her parents, while Happiness, popularly known as ‘Mama Twins’, resides at No. 26 of the same street in the area.

It was gathered that the abuse had been taking place as a trick employed by the suspect, Mrs. Happiness, to steal some beverages from the shop owned by her friend, who is the mother of the boy in question.

However, the AIG has transferred the matter back to Lagos Command in order to conclude the investigation and it was said to have been referred to the Gender Section of the Police Command.

Both Mrs. Happiness and the boy’s parents attend Mountain of Fire & Miracles Church and that gave the suspect, Happiness, unfettered access to enter deep into the family and started molesting the boy despite the fact that she lives with her husband and had children.

According to the 14-year victim, Happiness reportedly lured him into his mother’s shop in the early hours of the day and stripped him naked after she had packed some beverages. While still in the act, the boy’s mother came through the back door of the super store located inside their compound and caught them with the items she had packed inside a bag, which she had intended to take away after the s-x romp.

The matter was reported to the Police at Area M Command, Idimu, Lagos and Happiness was invited.

However, the whole matter changed after the IPO, one Sergeant Mike, turned everything against the complainant, Mr. Frank Alamezie, who is the father of the victim.

Mr. Alamezie was detained for taking the nude picture of the suspect, Happiness, as she was caught in the act.

The husband of Mrs. Happiness and Sergeant Mike including other Police officers linked with the matter were said to be demanding about N10m from the victim’s father before he cried out after the Police had reportedly extorted him.

Mrs. Happiness and her husband later took the matter to Zone 2, Onikan and were said to have used one Police officer, Fatai, who was the IPO, to frustrate the case which drew the attention of the AIG due to public cry by the father of the victim for justice.