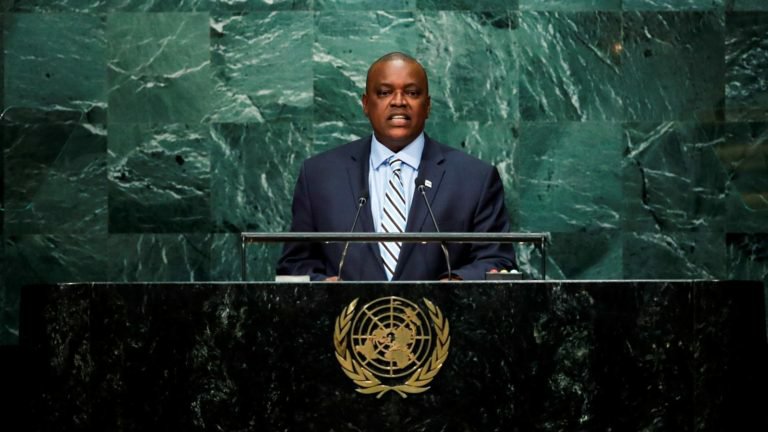 For the first time, married women in Botswana will now be able to own lands independent of their husbands, following a new amendment to the 2015 Land Policy which prevented married women, widows and orphans from inheriting land or acquiring new land entirely.

President Mokgweetsi Masisi shared the news on Twitter and started off by saying that he was fulfilling the commitment he made during Botswana’s Democratic Party campaigns last year.

The Botswana Land Policy of 2015 was discriminatory against married women. Section 72 (iii) stated that since only one spouse can apply for a plot, the surviving spouse must as a right inherit their land allocations.

This clause did not give married women equal treatment with men and I am happy to report that this discriminatory subsection has since been repealed.

Historically, land that belonged to husbands followed patriarchal traditions of inheritance. A World Bank research shows in 40% of countries, women encounter a host of obstacles owning land, be it through skewed inheritance rights or restricted authority over assets.

This new policy will protect widows and orphans who may be the head of their households.

The Revised Botswana Land Policy of 2019 now gives married women the right to apply for land.

“Each Motswana will be eligible for allocation of one residential plot at an area of their choice within the country, on both state land and tribal land. ”

Section 72 also of the Botswana Land Policy 2015 recognises that there are instances where some widows and orphans are compelled to head households and find themselves in an urgent need of land for residential purposes as a result of being denied access to their deceased husband’s or parents’ property.

However, the rights of these are protected in the law and Policy and encourage Local and Land Authorities as well as Non-Governmental Organisations to step up campaigns to educate women and orphans about their legally protected rights and offer them legal support to successfully claim their legitimate land right.

The post Married Women in Botswana Now Have the Rights to Own Lands appeared first on .