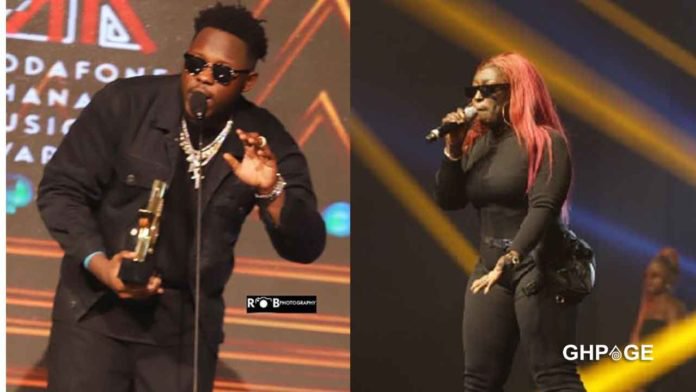 AMG rapper Medikal after losing out the Best rapper of the Year Award to Ground Up Family Champion, Kwesi Arthur has congratulated him for winning with great honour.

Following his message to Kwesi Arthur, Medikal has taken to social media to mock Eno Barony for losing such an award she always claimed she deserved.

Eno Barony’s hopes of becoming the Best Rapper of the Year was shuttered when Kwesi Arthur took home the prize at the just ended VGMAs.

She released a diss track moments ago to address the award system claiming to be the best rapper with or without the award.

YOU MAY ALSO LIKE  Mistake Or A Step Forward! Zlatan Floats His Own Record Label “ZANKU Records” As He Dumps His Former Label (See Logo)

In the latest tweet by Medikal, ridiculed Eno Barony presenting to her a key holder with the VGMA plaque design hanging on it as her award.

He posted that to at least console her for not winning the main award. According to him, he has no other beautiful way to present than this.

Captioning his post he wrote; “On behalf of Vgma, I present this award to eno” 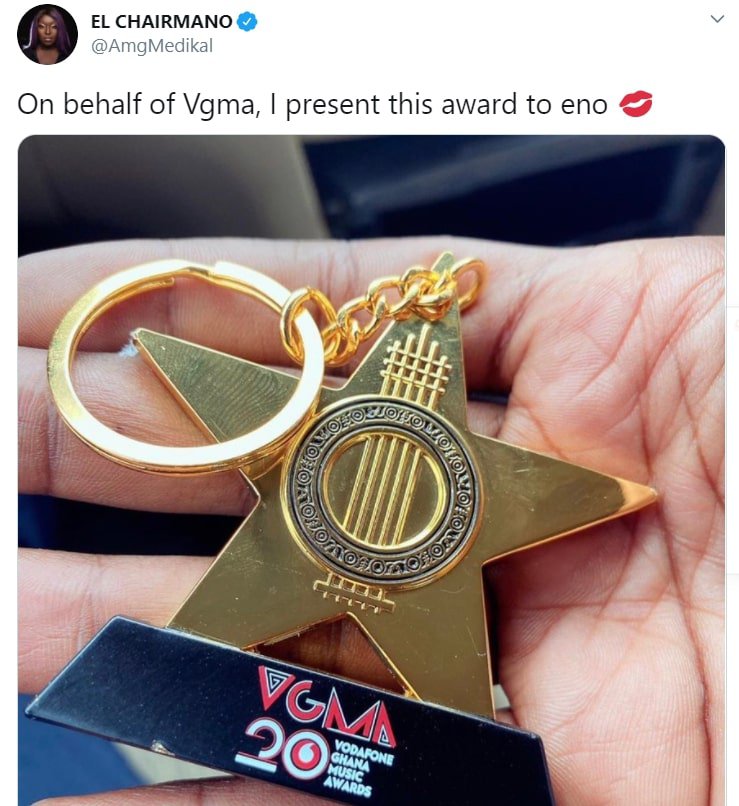