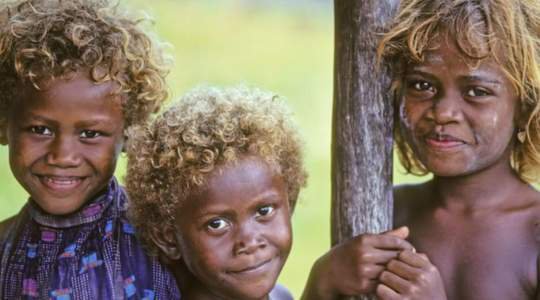 Blond people are known to have hair which has some yellowish colour. The colour can be from the very pale blond to reddish “strawberry” blond or golden-brownish blond colours.

For several years, blond hair was attributed to white people but the Melanesians of Solomon Islands are one of the few groups with blonde hair outside Europe.

Melanesians are black island people in the south pacific that migrated over thousands of years ago, long before the blacks that came to the Americas as slaves. 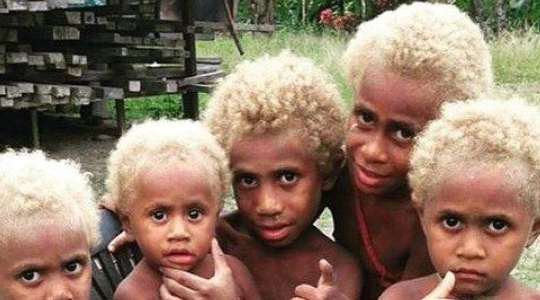 Melanesia is a sub-region of Oceania extending from the western end of the Pacific Ocean to the Arafura Sea, and eastward to Fiji. The region comprises most of the islands immediately north and northeast of Australia, including the countries of Papua New Guinea, Fiji, Vanuatu, Solomon Island, and New Caledonia.

The name Melanesia was first used by Jules Dumont d’Urville in 1832 to denote an ethnic and geographical grouping of islands distinct from Polynesia and Micronesia. 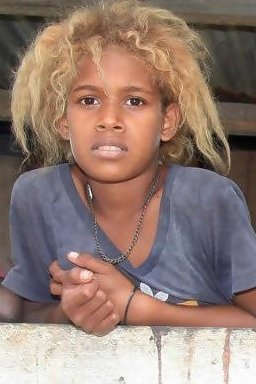 Until recently, the indigenous Melanesian people practised cannibalism, head-hunting, kidnapping and slavery, just like the Asmat tribe, but with contact with Europeans, the population is now predominantly Christian. However, more than 90% lead rural lives.

The Melanesian people of the Solomon Islands are the point of interest when it comes to dark skin and blond hair. The Solomon Islands are located in the South Pacific, the very heart of Melanesia, just Northeast of Australia, between Papua and Vanuatu and is an independent state within the British Commonwealth. 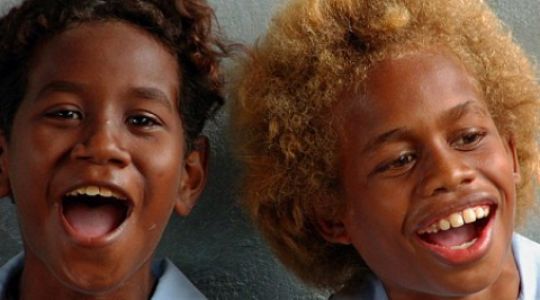 Although the indigenous Melanesian population of the islands possess the darkest skin outside of Africa, between 5 and 10% have bright blond hair.

The cultural orientations of many Melanesian peoples were shaped by a warrior ethic. They are brave, violent, and pride themselves on honour. Armed confrontations between warriors were common in parts of New Guinea and some parts of island Melanesia.

YOU MAY ALSO LIKE  (Audio+Video) Gblaze – “Your Love” f. Terri

Evidence from the New Guinea Highlands and other parts of the island suggests that warfare had a high cost in human life. As many as 15 per cent of male deaths occurred in war, and periodic resumptions of armed combat took a substantial number of lives.

The post MELANESIANS! All You Need To Know About The Black People Who Have Natural Blond Hair appeared first on illuminaija.